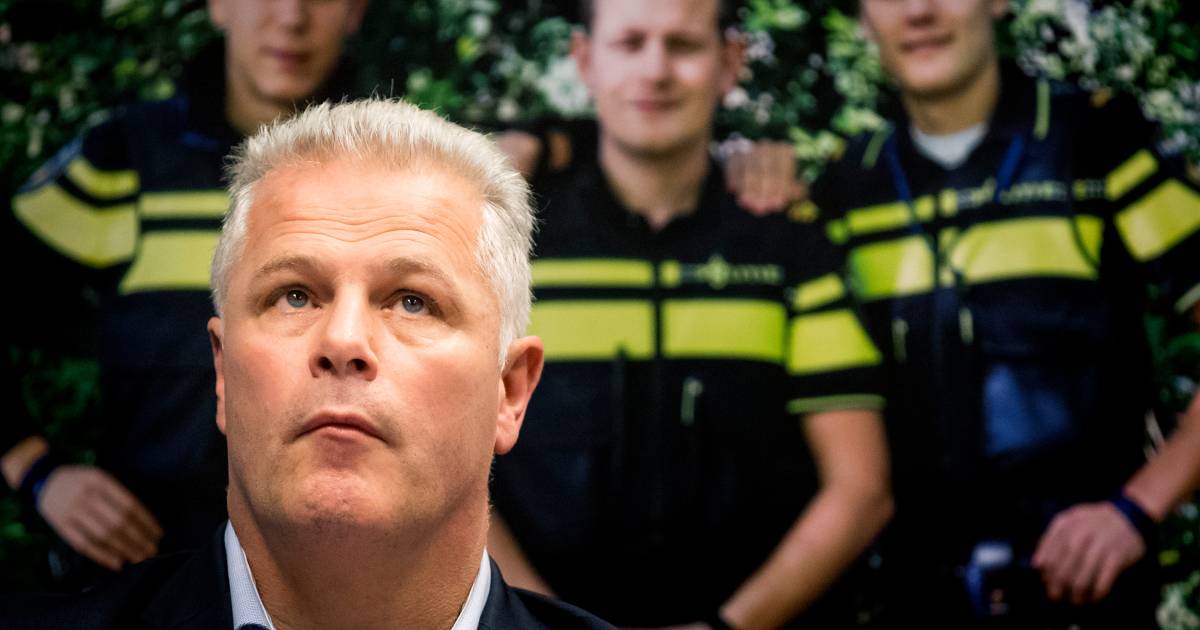 new chairmanThere will be an independent investigation into possible transgressive behavior by several leaders within the ACP police union. This was announced today during the general meeting of members.

The second largest police union in the Netherlands (24,000 members) has been under a magnifying glass for some time now. Honorary members complain about a cover-up culture and believe that the discredited ex-chairman Gerrit van de Kamp is being protected too much by the acting board. “I am very concerned about the future of ACP,” one of the honorary members told this site.

In addition to Van de Kamp, signals of misconduct about other members of the union have also been received in recent times. These are people with a managerial position, confirms the ACP. The association does not want to say who exactly the reports are about. “The whole state of affairs is extremely annoying and painful for all parties. It is a pity that it has to go through the media, we would have liked to resolve this issue internally in peace,” said a spokesperson.

An independent investigation by research agency Hoffmann Bedrijfsrecherche must show whether the signals of transgressive behavior are correct.

Former mayor and CDA member Wim Groeneweg was unanimously appointed the new chairman of ACP during the meeting. He has to get the police union back into calmer waters. ,,After eighteen years, I will return to the ACP, but in a turbulent time and that is close to my heart. That is why I would like to work together to restore trust among members, volunteers, partners in the national police and, of course, the employees of the work organization,” he says.

Groeneweg is familiar with the ACP and has experience with management. In the past, he has concluded a number of national police collective agreements on behalf of the union and has done international trade union work in the police sector. “I like the police business. I think it is important that there is and remains a good professional organization. The ACP is a very nice club and I am happy to contribute to it. Something has to be healed. We have to do that together, and we will work for it together.”

André Ditewig has also been appointed as general secretary of the ACP. Ditewig has been working for the police for over forty years, the first fifteen of which as a police officer. He indicates that he wants to represent the interests of all police officers ‘in these tough times’. “The police profession is under a magnifying glass and it is mentally hard work. Too many people are giving up now. How do you let someone go through their career healthy? I know police work and how important it is that you can get support outside the police, as the ACP offers.”

Ditewig succeeds Aukje Smet, who earlier lashed out at the policy of the ACP in an internal letter. The ACP leadership allegedly provided ‘incomplete and incorrect information’ about the investigation into Gerrit van de Kamp. ‘It turns into a drama and a crisis the moment an investigation is not allowed to take place,’ wrote Smet. ‘That facts are twisted and that inaccuracies are proclaimed. That research results are denied. This state of affairs is not only painful, but in my view harmful and objectionable. And the reporters are being treated great injustice.’

With the new chairman, secretary and a few new board members, the ACP has full confidence that peace will return.

Gerrit van de Kamp has been chairman of the police union since 2004. In that position he was active as a spokesperson for the ACP and he consulted with the government about the police collective labor agreement. The union was founded in 1981 and is one of the largest police unions in the Netherlands, with approximately 24,000 members. The Dutch Police Association (NPB) is the largest with approximately 28,000 members.

“We are grateful for everything Gerrit has done for our ACP and the police organization as chairman and that he will continue to share his knowledge and expertise in the future,” ACP wrote in a message about his departure. Van de Kamp is known as a police officer in heart and soul and an excellent negotiator with a wealth of experience and historical knowledge. In recent years, in addition to the ACP chairmanship, he has combined various functions, which means that he is active across the entire spectrum of the security domain and the trade union movement.”