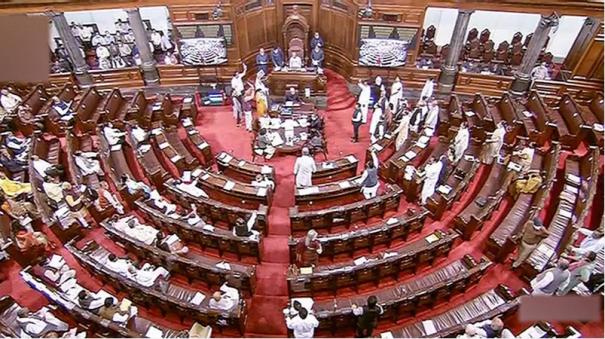 New Delhi: The data about the activities of Tamil Nadu MPs in Rajya Sabha in 2022 has been released. These have been published by PRS India, a social research organization. In this, aside from proposing discussions, the data has been published separately by Prime Point Foundations. According to this, DMK MP Kanimozhi Somu stands first. He asked 125 questions and spoke in 11 self-initiative debates and scored 136 points more than other MPs of Tamil Nadu. Next to him, DMK’s lawyer P. Wilson has got 131 points. He spoke in 17 self-initiative debates and raised 111 questions.

All the opportunities available in the Lok Sabha are also available to 18 MPs. However, AIADMK’s R. Dharmar, N. Chandrasekaran, CV Shanmugam and DMK’s P. Selvarasu failed to score a single point due to lack of action.

Similarly, among the 18 MPs, only DMK’s senior MP Trichy Siva has attended more than 95 percent of the days. 5 MPs had less than 50 percent attendance among others with less than that. Out of these 18 MPs none other than B. Wilson 3, Trichy Siva 1 have tabled individual bills.

18 MPs from Tamil Nadu sit in the Rajya Sabha, the permanent house of Parliament. They retire from the Rajya Sabha on a retroactive basis after six years of service. Finally, in July 2022, six MPs were newly elected by the members of the Tamil Nadu Legislative Assembly. The Prime Point Foundation has analyzed the entire tenure data of six MPs who served in their place for six years.

The remaining 2 DMK MPs got 97 points for DKS Elangovan and 40 for RS Bharati. But none of these six MPs filed an individual bill.