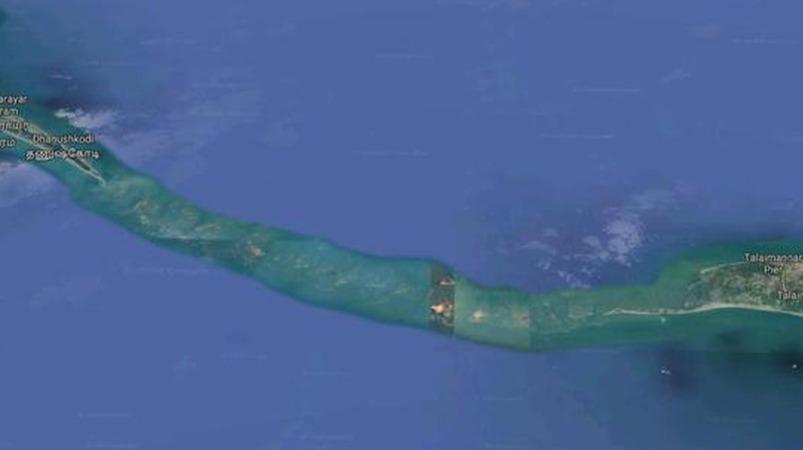 New Delhi: The Central Government informed the Supreme Court that steps are being taken to declare the Ram Bridge as a National Monument.

Rama Bridge, also known as Adam Bridge, is 50 km into the sea between Pampan in Tamil Nadu and Mannar Island in Sri Lanka. Located along the length. According to the Puranas, this bridge was built by Rama to rescue Sita.

The Sethu Sea Canal project was announced in 2005 during the United Progressive Alliance government. Subramanian Swamy filed a case against this in the Supreme Court. He demanded that “Ram Bridge should be declared as a National Monument. Sethu Sea Canal Project should be banned.”

After investigating this, the Supreme Court ordered in 2007 to ban the Sethu Sea Canal project. Subramanian Swamy has filed a fresh petition in the Supreme Court seeking a speedy trial of this long-pending case. Subsequently, the investigation of this case gained momentum.

In this case, the hearing of the case was held yesterday before the Supreme Court Chief Justice Chandrachud and Justice Pardiwala.

Solicitor General Tushar Mehta appeared on behalf of the Central Government. He argued, “Proceedings are underway to declare the Ram Bridge as a National Monument. The central government is considering this issue very carefully. A decision in this regard will be taken soon. Petitioner Subramanian Swamy may submit additional documents to the government,” he said.

Subramanian Swamy interrupted and said, “The central government is dragging this issue. I don’t want to meet the minister or officials. The government should take a quick decision. If there is confusion, I will approach the Supreme Court again,” he said.

Later, Chief Justice Chandra Chute said, “The petitioner Subramanian Swamy can submit additional documents to the government if he wants. If he is dissatisfied with the decision of the central government, he can again approach the Supreme Court,” he ordered.