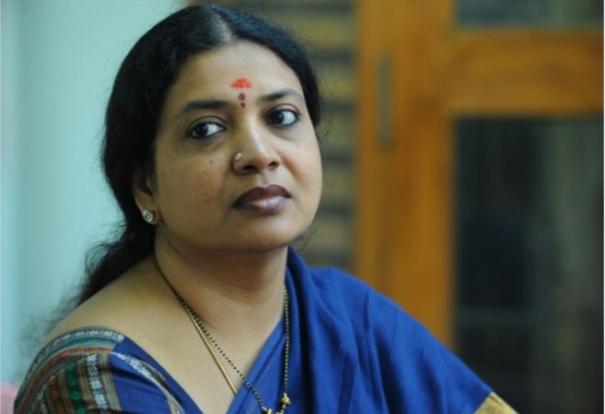 In the Telugu film ‘Karuda Vega’, actor Rajasekhar played the lead role with Shraddha Das. This film released in 2017 was produced by Vemu Raju, the wife of Kotheeswara Raju, the founder of Maharajapuram Sai Shakti College of Engineering near Nagari, Andhra Pradesh. He was reportedly given 2 checks for Rs 26 crore by actress Jeevita Rajasekhar.

It is also said that he sold the mortgaged properties without his knowledge.

As the checks came back empty, a check fraud case was filed by Vemu Raju in Tiruvallur and City Court. Jeevita Rajasekhar was summoned 4 times to appear in person in this case. As he did not appear, the court issued a warrant. Jeevita filed a petition in the High Court seeking cancellation of this. In this regard, the opposing lawyer Muralidhar had filed a petition that Jeevita should be present in person to settle the matter.
In this case, Jeevita Rajasekhar appeared in Nagari court yesterday with her lawyer Murugan. Later, the warrant against him was cancelled. The judge adjourned the case to September 19.