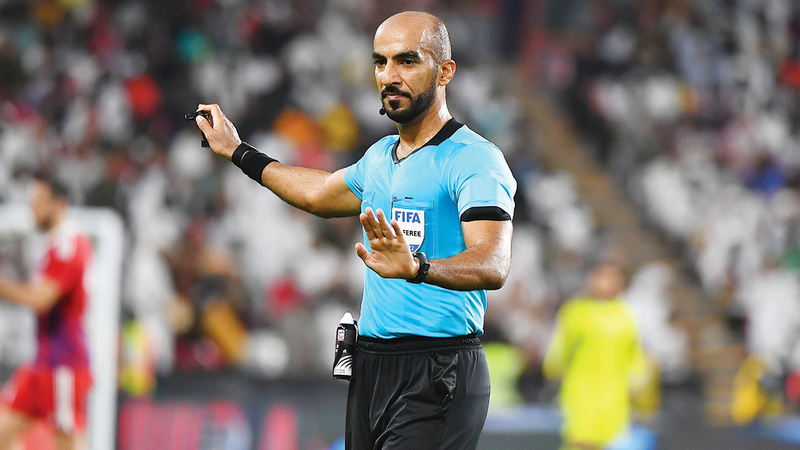 The Referees Committee of the Arabian Gulf Cup announced the two arbitration teams for today’s matches in Group A in the first round in “Gulf 25”, where the summit meeting between Iraq and Saudi Arabia is managed by the Emirati crew led by Adel Al-Naqbi as referee for the arena, assisted by Ali Al-Nuaimi, Sbeit Obaid Al-Ali, and the fourth Chinese referee. Ma Ning, and on the video, Qatari assistant Abdullah Al-Marri, assisted by Emirati Ahmed Issa Darwish, and FIFA resident Ismail Al-Hafi.

The Oman-Yemen meeting is managed by the Kuwaiti crew led by Abdullah Jamali for the arena, assisted by Abdulhadi Al-Anzi and Sayed Ali, Uzbek fourth referee Tatnachev Legiz, and Moroccan Radwan Jaid as referee for the video assistant, assisted by Kuwaiti Hashim Ibrahim, and Emirati referees resident Hamad Al-Mazrouei.

• The Oman-Yemen match will be run by Kuwaiti referee Abdullah Jamali.