Adhani spoke in detail about the industry-criticism in 22 states, including Kerala, which is ruled by the Left 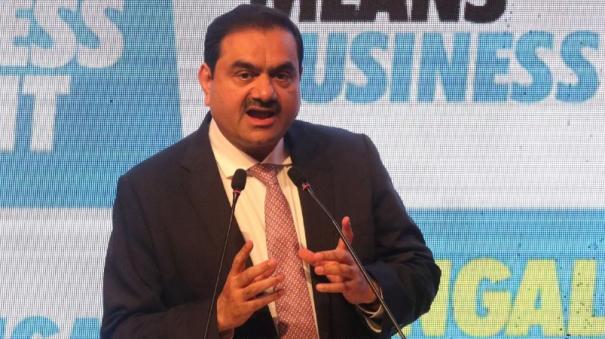 New Delhi: Indian businessman Gautam Adhani is the third richest man in the world. His growth in recent years has been tremendous. After this, there is a general allegation that Adani is accumulating so much wealth because he is a close friend of Prime Minister Modi. On the opposition side, Rahul Gandhi and others present this as the main allegation. But for the first time, Adani has clarified that these criticisms are false.

In an interview given to India TV, he spoke openly about the criticisms against him. In that interview, he said, “The criticism that my assets have increased because of my close friendship with Prime Minister Narendra Modi is false. Because we want to make maximum investments in every state, not just BJP-ruled states. It is truly gratifying that today the Adani Group operates in 22 states. BJP is not in power in all these states. The Adani Group operates in Left-ruled Kerala, Mamata Didi’s West Bengal, Naveen Patnaik’s Odisha, Jaganmohan Reddy’s Andhra, and even KCR-ruled Telangana.

Therefore, the criticism that Adani Group is operating in BJP-ruled states is false. I can say that we have no problem with any state governments. Also, I want to tell you that you will never get personal help from PM Modi Ji. If you want, you can talk to him about the national interest and the formulation of policies for it. But that will only be possible if the principles apply to everyone, not just the Adani Group.

In the last seven-eight years, our income has grown by 24 per cent, while our loans have increased by 11 per cent. Our assets are four times our debt.

I believe that Rahul Gandhi’s constant accusations against us are part of all political business. I can give an example of this in Rajasthan which is ruled by the Congress party. I went to Rajasthan Investors Summit on the invitation of Chief Minister Ashok Khelat. We have invested Rs 68,000 crore there. Rahul Gandhi has also appreciated our investments in Rajasthan. I know Rahul’s policies are not anti-development.

In other words, the successful journey of my career started from the Congress regime. There have been three turning points in my career. First, in 1985, under Rajiv Gandhi, the EXIM policy helped transform our company into a global trading company. Secondly, in 1991, B.V. Narasimha Rao and Dr. Manmohan Singh’s regime was a turning point for us in the Private Partnership in Public Enterprises. Third, Narendra Modi’s 12-year rule in Gujarat. I can proudly say that these 12 years have been a good experience. “Gujarat is an investor-friendly state, not Adani-friendly,” he said in detail.