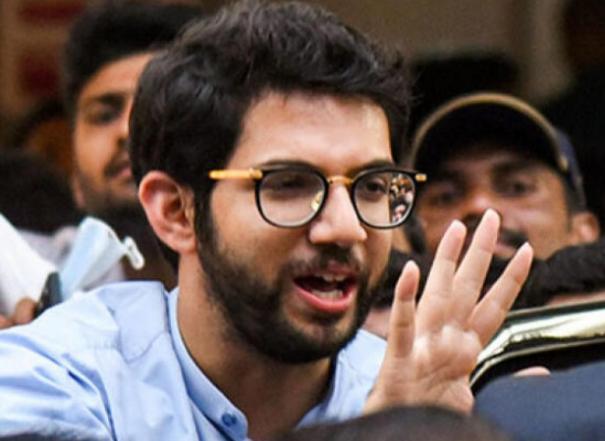 Mumbai: Shiv Sena chief Uddhav Thackeray’s son Aditya Thackeray and his supporting MLAs voted against the party’s whip order and there is a possibility of his ouster.

After various twists and turns in Maharashtra, the Shiv Sena, Congress and Nationalist Congress coalition government was overthrown on the 29th. Subsequently, the BJP and Shiv Sena dissident team formed a new government in the state on the 30th. The election of the Chairman of the Legislative Assembly took place. BJP MLA Rahul Narvekar won by securing 164 votes. Rajan Salvi who stood on behalf of opposition parties got 107 votes.

A vote of confidence was held on the government headed by Chief Minister Eknath Shinde today. The ruling BJP alliance got 164 votes. The Shinde-led government won by securing 164 votes against the need of 144 MLAs to win the trust vote. Only 99 MLAs voted against it. That is, the opposition coalition got 107 votes yesterday, but today it has reduced to 99.

Notably, Maharashtra Congress MLAs Ashok Chavan and Vijay Vadetiwar arrived late in the assembly today after the trust vote on the Shinde government.

Congress MLA Jeeshan Siddiqui, another Congress MLA Dheeraj Deshmukh and Sangram Jagtap of Nationalist Congress, who were absent during the polling yesterday, also did not turn up today. 2 MLAs from Samajwadi Party and one MLA from All India Majlis Party did not participate in the voting.

Nationalist Congress members Anil Deshmukh and Nawab Malik are in jail in corruption cases. A total of 12 MLAs did not attend the assembly yesterday.

In this situation, more than 40 of Shiv Sena’s 55 MLAs are in Shinde’s team. Whereas party leader Uddhav Thackeray has only 15 MLAs in his team. Following this, whip Bharat Gokawale, who belongs to Shiv Sena’s Shinde wing, has issued a whip order in the Speaker’s election and vote of confidence.

MLAs who defy the order of the whip and vote in the assembly are likely to be disqualified. Using this, Shiv Sena whip Bharat Gokawale has complained to Speaker Rahul Narvekar. Some of Uddhav Thackeray who got scared by this have voted in favor of Shinde today. However, their number has not been disclosed.