Adnan Hamad: I am proud of being the first to document the Gulf Cup with an “integrated archive” 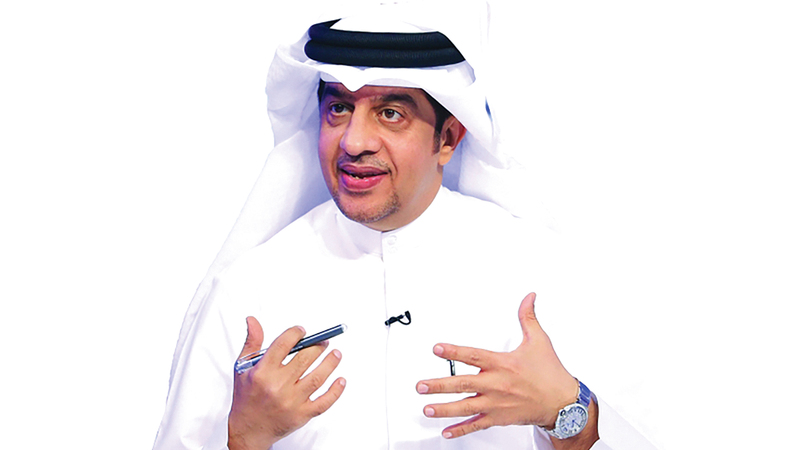 Sports commentator and program presenter on the Dubai Sports Channel, member of the Federal National Council, Adnan Hamad, revealed that the Arabian Gulf Cup witnessed its launch at the level of television programs, until he became a sports commentator, as it presented it to the audience and gave him the audacity and confidence to launch his media career, as he «is proud He is proud of being the first to document the tournament with an integrated television archive program. He said that his career as a sports commentator began in 1982, while the seventh edition of the tournament, which was held in the Sultanate of Oman in 1984, is the main test for him as a sports program presenter.

He said that the Gulf Championship was “born to remain and continue”, and that over the course of 52 years since its inception, it has become an important Gulf meeting and gathering, and has achieved a kind of rapprochement and interdependence between Gulf youth.

Adnan Hamad confirmed to “Emirates Today”: “The championship achieved a kind of communication between the Gulf countries in many areas, including the sports and media aspects, and others. In my estimation, it also achieved the Gulf audience’s passion to follow its events in every Gulf home, even for the elderly, such as parents and grandparents.” Those who do not have a great passion for football.

Archive program for the tournament

Adnan Hamad is also currently chairing the Education, Culture, Youth, Sports and Media Affairs Committee of the Federal National Council. This archival work was marketed to all TV stations in the Gulf that purchased this program, which was an important reference about the championship for all Gulf stations, as it includes 84 television interviews with the first generation of all Gulf teams, as well as Gulf sports leaders at that time, and I mention them His Highness Sheikh Hamdan bin Zayed Al Nahyan, representative of the ruler in the Al Dhafra region, president of the Emirates Football Association at that time, as well as the late, God willing, Prince Faisal bin Fahd, and the late, God willing, Sheikh Issa bin Rashid, and a large number of senior sports figures ». He added, “At the same time, I was able to create an integrated archive of the tournament from all the countries of the Gulf Cooperation Council.” And he continued: «I am also proud of being the first journalist who at that time persuaded the late Sheikh Issa bin Rashid to make a television interview with him, during which he talked about the Gulf Cup tournaments, his memories in them, and their strange antics and paradoxes, and I recorded with him 13 episodes in which he narrated the details of the details of All the championship events that were not mentioned before, and this program was also marketed on all Gulf TV stations, and it is still being broadcast. These are two achievements that I am proud of in my career as a commentator and presenter of sports programmes.

He continued, “One of the things I will not forget is that in the seventh edition, which was held in Amman, I represented the country’s media delegation to cover it, and in this edition I was also chosen to participate with senior broadcasters and presenters in presenting the message of the Gulf Cooperation Council to the championship.” Adnan Hamad said, “The first international television match I commented on in the tournament was between the Saudi and Bahraini teams for the third and fourth places in the Gulf 7.” Adnan Hamad described the ninth Gulf Cup in Riyadh in 1988, as, in his estimation, the best version in which the national team participated in all aspects, although the “White” did not achieve the title in it, but it included a group of the most prominent stars, including Zuhair Bakhit, Adnan Al-Taliani, Mubarak Ghanem and Khalil Ghanem. This edition witnessed great momentum and resounding statements from the top sports leaders at the time.

• The meeting of Bahrain and Saudi Arabia for the third and fourth places in the “Gulf 7” is the first international match in the tournament, which Adnan Hamad commented on in his media career.

• Adnan Hamad considered the Riyadh tournament in 1988 the best for the national team, although he did not achieve the title there.

Supporting the Basra tournament.. and asking FIFA to recognize the championship

Adnan Hamad stressed the importance of supporting Iraq in the success of the current edition of “Gulf 25” in the Iraqi city of Basra, stressing that they, as Gulf nationals, felt the joy and happiness of its stay in Iraq, and the generosity of the Iraqi people, pointing out that the GCC countries supported this version with all their capabilities, Pointing out that they, as media outlets and televisions, stand with the Basra tournament and support Iraq to come up with a distinguished organization for the tournament. Adnan Hamad called on the Arab Gulf Cup Federation to “lay the foundations for the continuation of this tournament, in addition to ensuring that this tournament is presented to the International Federation of Football Associations for recognition in its official competitions, and this matter requires government support,” stressing that the Gulf Cup Federation must provide This project to the General Secretariat of the Cooperation Council for the Arab Gulf States.

Who will win the T20 series? – India-New Zealand clash in last game today