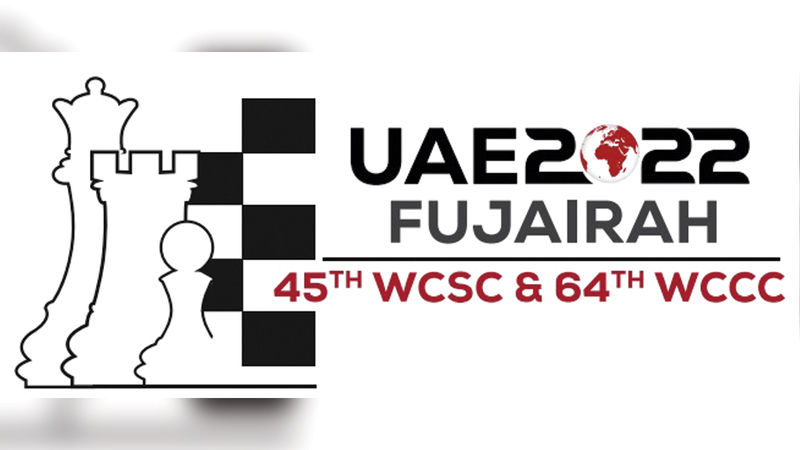 The Fujairah Chess and Culture Club revealed the logo of the World Chess Championship, which will be held from 12 to 19 November, under the patronage of His Highness Sheikh Mohammed bin Hamad Al Sharqi, Crown Prince of Fujairah, after it was approved by His Highness in preparation for the launch of preparations for hosting the tournament in its 45th edition, and hosting The meetings of the General Assembly of the International Federation, in its 64th edition, will be held at the Novotel Fujairah Hotel, with the participation of nearly 500 participants.

The club said in a press statement, “The championship logo includes chess connotations in an innovative way that suggests the importance and strength of the championship, while the red color indicates the identity of the government of the Emirate of Fujairah and a miniature of the globe, in reference to the global gathering that will have the presence of the best players in the world and its administrative cadres in the sport of solving issues. Chess.