Advocaat: The expectations for the Iraqi national team do not match the capabilities 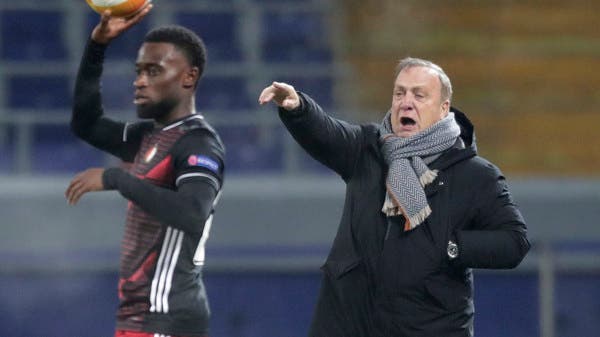 Coach Dick Advocaat, who resigned as Iraq coach on Tuesday, one week before participating in the Arab Football Cup in Qatar, revealed that “the expectations of the Iraqi team do not match the capabilities.”

On Tuesday, the Iraqi Federation announced its separation from the coach of the national team, Advocaat, 74, after about three months of contracting him and one week before the start of the Arab Cup, after a series of bad results in the 2022 World Cup qualifiers.

The Iraqi team did not achieve any victory in six matches in the first group in the final stage of the Asian qualifiers for the 2022 World Cup and drew four times before losing 3-0 to South Korea in Doha last week.

The veteran coach added to Dutch media on Wednesday: “The expectations are not commensurate with the capabilities of the Iraqi team, which is going through a transitional phase, and it must be supported by some young players, but such a process takes a long time.”

He continued: Results must be achieved in the short term. In principle, we achieved some good results such as a draw with South Korea and the UAE, but we found it difficult to score goals.

The coach, who took charge last July, succeeding Slovenian Streshko Katanic, added: In theory, it is possible to finish the last round with third place in Group One, qualify for a play-off with the third of Group Two, and then go to the world play-off in order to reserve a place in the 2022 finals. I hope that my background will be able to achieve it.

Advocaat trained many clubs and led the Netherlands national team three times, along with other teams, including the UAE, South Korea, Belgium, Russia and Serbia.

Iraq, the 2007 Asian champion, qualified for the World Cup once in 1986 and lost all three of its matches in the first round.