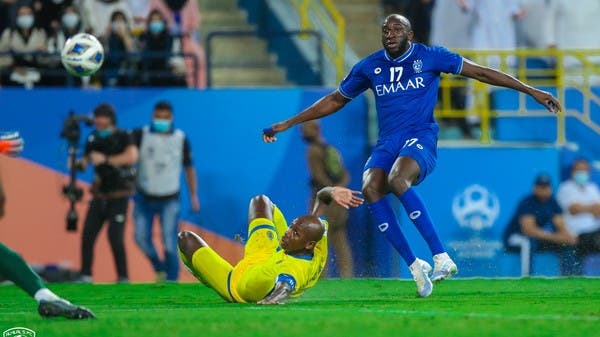 On Tuesday, attention will turn to King Fahd International Stadium in the Saudi capital, Riyadh, which will host a fiery summit that will bring Al Hilal against South Korea’s Pohang Steelers in the AFC Champions League final for the 2021 edition.

Al Hilal is looking to regain the title that it achieved in the 2019 edition, after it was crowned at the expense of the Japanese Urawa, while it was excluded from the previous edition, despite qualifying for the final price round, but due to the incomplete quorum of its players in the last match in the group league due to the outbreak of the Corona virus among its players.

Al Hilal suffered a lot in this edition, especially in the group stage, which it narrowly passed, as it qualified for the final price round as one of the best 3 seconds in the groups.

Al Hilal enters the match in full ranks after the return of its injured players, the Korean defender Jang Hyun and Yasser Al Shahrani, and the Malian striker Musa Mariga, whose participation in the match was confirmed to give their Portuguese coach Leonardo Jardim more options while losing his defender Ali Al Bulayhi, who is suspended due to the accumulation of cards.

Al Hilal presented a distinguished show in the final rounds, where it faced Iran’s Esteghlal Tehran in the price-finals round and won with two clean goals, and the Iranian maximum Persepolis with a 3-0 victory in the quarter-finals, and in the semi-finals, Al Hilal defeated its traditional rival Al Nasr 2-1 to reach the continental final.

At the level of the Mohammed bin Salman Professional Cup, Al Hilal made a good march under the leadership of its Portuguese coach, Leonardo Jardim, as he did not lose in 9 matches he played, he won in 5 matches, drew in 4 matches and ranked fourth, 5 points behind the leader Damak, with 3 matches left.

On the other hand, Pohang Steelers’ task will be very difficult, as the team hopes to compensate for its failure in the local league by achieving the AFC Champions League after a 13-year absence from the last title it won in the 2009 season.

The team performed a remarkable performance in the AFC Champions League, as it qualified from the group stage as one of the best 3 seconds and succeeded in overtaking Cerezo Osaka of Japan in the quarter-finals with a 1-0 victory. Semi-finalists and finalists on penalties to reach the final.