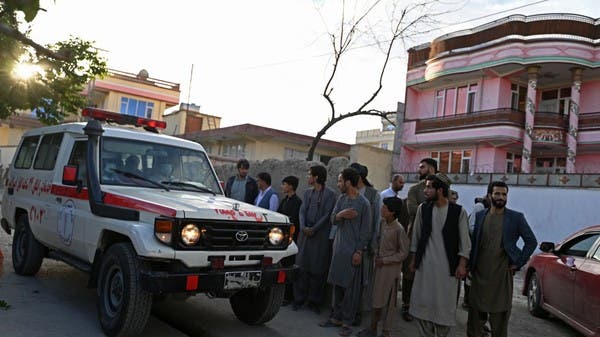 The director of a mosque in the Afghan capital, Kabul, revealed that more than 50 worshipers were killed today, Friday, in a powerful explosion, according to Reuters.

Earlier, a Taliban spokesman said that a powerful explosion occurred in a mosque in the Afghan capital, killing at least 10 people and wounding 20 others, according to the Associated Press.

Hundreds of worshipers had gathered for the last Friday prayer of Ramadan, and the Khalifa Agha Gul Jan Mosque was full, local residents said.

No one has claimed responsibility

For his part, Mohammad Nafi, spokesman for the Taliban’s Interior Ministry, was unable to provide further details as the movement’s security men cordoned off and closed the area.

The cause of the explosion is not yet known, and no party has claimed responsibility for it.

From the vicinity of the mosque in Kabul (AFP)

The blast was so powerful that the neighborhood in which the mosque was located shook, according to residents who spoke on condition of anonymity, fearing for their safety.

Meanwhile, ambulances rushed to the scene of the explosion in the neighborhood east of the capital, Kabul, in which the majority of its residents are Sunni Muslims.

It is noteworthy that the explosion is the latest in a series of similar explosions amid relentless attacks across Afghanistan.

Similar attacks on mosques have also targeted the country’s Shiite minority, which were claimed by the ISIS branch in Khorasan Province.
ISIS has stepped up its attacks across Afghanistan to become the main enemy of the Taliban since it took control of the country last August.