After 120 years, Riyadh hosts the first official Clasico outside Spain 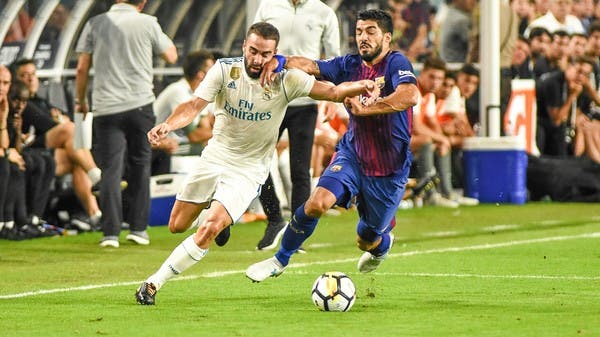 The whistle of the first Clasico match between Barcelona and Real Madrid in 1902, and the two teams waited 120 years to play their first official match in history, as they will meet in the Saudi capital, Riyadh, on Wednesday in the semi-finals of the Spanish Super Cup.

Barcelona, ​​third-placed in the Spanish League and King’s Cup champion, and league runners-up Real Madrid, will meet the winner of the league champion Atletico Madrid and the King’s Cup runner-up Athletic Bilbao.

Riyadh will be the first match in the history of El Clasico to be held officially outside Spanish territory, after the two teams had previously met in two friendly matches twice outside Spain.

Barcelona and Real Madrid met for the first time in Venezuela at the Fred Richa Stadium in 1982 in a match for third place in the Venezuelan Cup, which ended with the victory of the Spanish capital team with the goal of its former player and coach Vicente del Bosque.

In 2017, and in the International Champions Cup, the friendly, Miami brought the two teams together again, and the last Clasico in which Neymar participated as a Barcelona player ended, with the latter winning 3-2 through goals by Lionel Messi, Ivan Rakitic and Gerard Pique, against two goals by Mateo Kovacic and another by Marco Asensio.