After a 10-day vacation, Mbappe and Hakimi return to Saint-Germain exercises 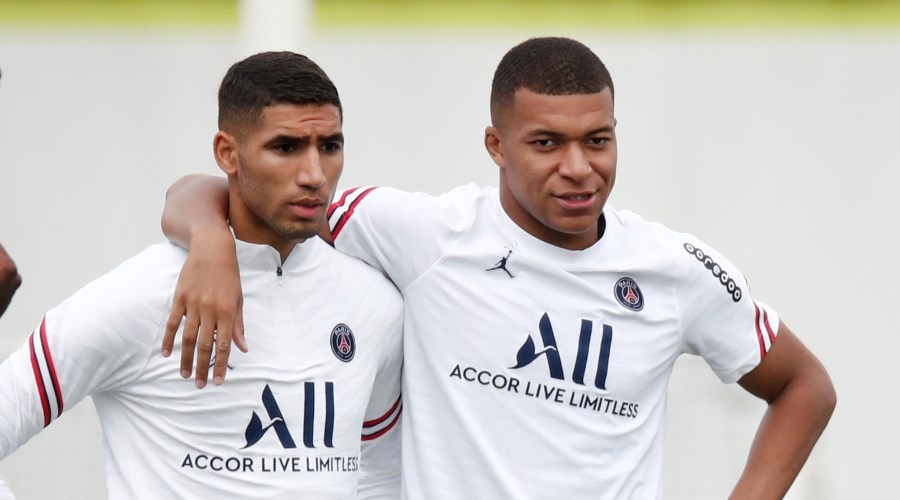 Striker Killian Mbappe and Moroccan defender Ashraf Hakimi have returned to Paris Saint-Germain exercises, after a ten-day vacation following their participation in the Qatar 2022 World Cup, according to what the French club announced today, Thursday.
And the team’s account on Twitter published a video showing the two players participating in a session in the training center, and added the phrase, “A successful return to training.”
The two players quickly returned to the club after the World Cup, Mbappe, just three days after his country lost the final against Argentina on penalties, and Hakimi on the same day, four days after Morocco fell against Croatia in the match for third place.
The two players participated in Saint-Germain’s matches in the French League against Strasbourg (2-1 victory) on December 28, and in Lens (3-1 defeat) on the first day of the new year, before they were given a 10-day leave.
The two friends were seen in New York in the United States, where they watched a match between the Brooklyn Nets and the San Antonio Spurs in the NBA.
Before the start of the match, scenes from the World Cup final, during which Mbappe scored the hat-trick, were shown on the giant screen in the stadium, amid warm applause for the World Cup scorer.
Mbappe and Hakimi also received T-shirts from Nets star Kevin Durant, who came to shake hands with them and take pictures.
On Tuesday, Hakimi inaugurated a football stadium bearing his name in the Moroccan city of Ksar el-Kebir, the birthplace of his mother.