After a heavy loss .. the resignation of the head of the Conservative Party in Britain 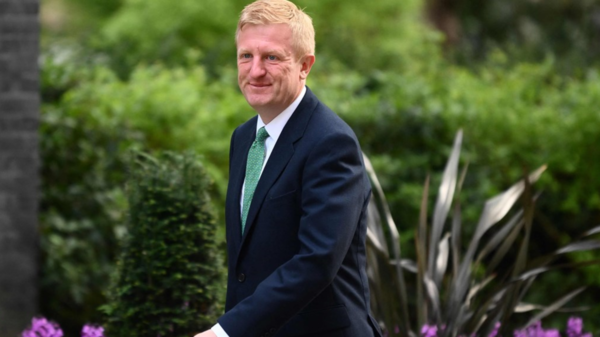 After a series of “very poor results” including the defeat of the party’s candidates in two by-elections on Thursday, Britain’s Conservative Party chief Oliver Dowden announced his resignation.

Dowden wrote in a letter to Prime Minister Boris Johnson, today, Friday, that these defeats “are the latest in a series of very bad results for the party,” adding, “We cannot continue as if nothing happened and someone must take responsibility for this.”

Johnson and his Conservative Party suffered two landslide defeats in by-elections, particularly in a constituency in southwest England.

The Conservatives lost in Huntington and Tiverton, an electoral district in southwest England, as well as in Wakefield (north), results that will increase pressure on Johnson.

But Johnson, 58, had confirmed earlier that he refused to resign, even in the event of failure, telling reporters accompanying him in Rwanda, where he is participating in the Commonwealth summit, “Are you crazy?”

He also added at the time, “In general, the ruling parties do not win by-elections, especially in the middle of their rule,” stressing that “he is optimistic.”

But the situation does not seem favourable for Boris’ government, with inflation at its highest levels in forty years – more than 9 percent – sparking further social action, while a controversial attempt to deport migrants to Rwanda recently failed.

It all comes months after the “Carrie Gate” series of party scandals involving alleged repeated attempts by Johnson to get paid jobs for his wife, Carrie.