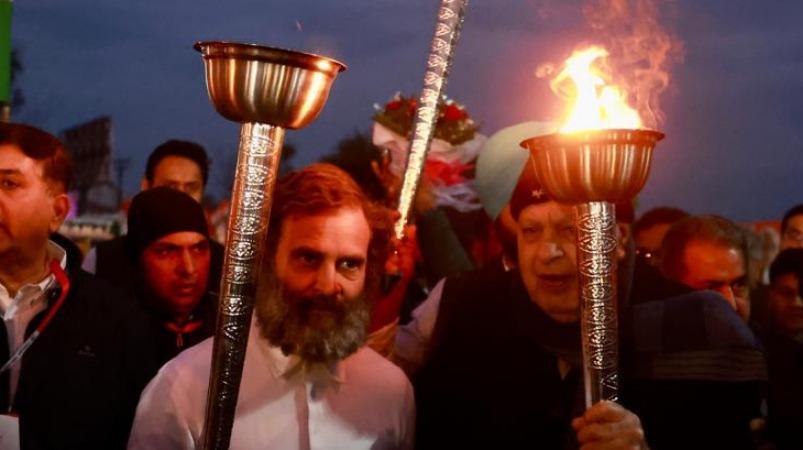 Lakhanpur (Jammu and Kashmir): Farooq Abdullah, former Chief Minister of Jammu and Kashmir and National Conference President, praised Rahul Gandhi as the first person to undertake the Padayatra from Kanyakumari to Kashmir after Adi Shankar.

Rahul Gandhi’s India Unity Yatra is currently underway in Jammu and Kashmir. Farooq Abdullah participated in the Yatra held at Lakhanpur along with Rahul Gandhi. Speaking at that time, he said, “Adi Shankara came as a pilgrim from Kanyakumari to Kashmir many centuries ago. As there were no roads then, he came through the forests.