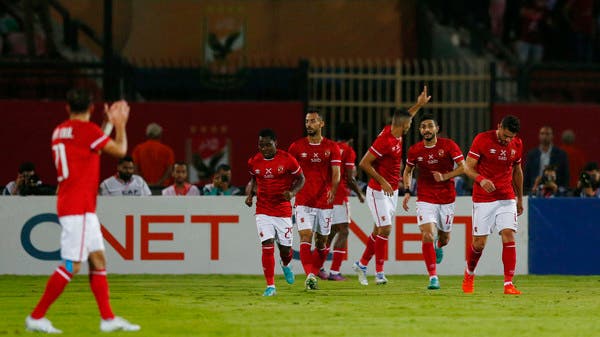 On Thursday, the Egyptian Football Association announced that it had submitted a request to the Confederation of African Football (CAF) to host the final of the African Champions League this month, objecting to assigning the organization of the final match to Morocco.

Expectations indicate a confrontation between the Egyptian champions Al-Ahly and Morocco’s Wydad Casablanca in the final of the competition on May 30th, after two big victories in the first leg of the semi-finals.

Al-Ahly beat Algeria’s ES Setif 4-0 in Cairo, while Wydad won 3-1 away from Petro Atletico of Angola.

The crisis began when CAF announced the holding of the final in Morocco, after two semi-final first leg matches, which angered Al-Ahly due to the violation of the principle of equal opportunities and bias towards Wydad.

Al-Ahly asked the Egyptian Federation to escalate the case to the International Federation (FIFA).

The Egyptian Federation responded in a statement on Thursday by announcing the request to host the final.

And he stated in his statement: Within the framework of joint cooperation and coordination between the Egyptian Football Association and Al-Ahly Club, the Federation sent an official letter to CAF requesting that Egypt host the final of the African Champions League for the current 2021-2022 edition after Senegal withdrew from the competition to host the final.

He added that this request comes after the objection to the attribution of the final organization to Morocco, which violates the principle of equal opportunities.

Al-Ahly said in a statement on Wednesday: Al-Kef chose a specific stadium to host the final for the second year in a row, which has not happened by any continental federation before, and the decision was issued late after the number of competing teams was reduced to only four.

The club, which holds the record for winning the title ten times, and is looking forward to its third title in a row, continued: This decision serves a particular club and it will play the final match – if it qualified – at its stadium and among its fans.