After being transferred by medical evacuation, the sick Kuwaiti child Barak arrives in Riyadh 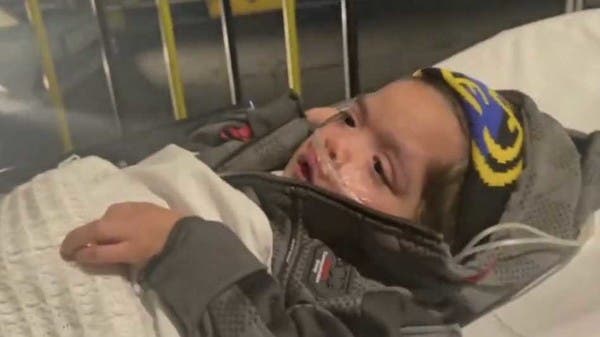 After the father of the Kuwaiti child, Barak Hussein, appealed to the Custodian of the Two Holy Mosques, King Salman bin Abdulaziz, and his Crown Prince, Mohammed bin Salman, to treat his son, the Saudi leadership responded, and the sick child was immediately transferred from Kuwait to Riyadh by a medical evacuation plane.

The child suffers from curvature and pressure of the spine on the pulmonary artery, which puts his life at risk, according to what his father revealed.

A video clip published by Al-Arabiya documented the appearance of the child inside the hospital on the care bed, and the father of the child, Barak, said that his son had been transferred to the King Abdulaziz Medical City of the National Guard in Riyadh during the past hours, and he was subjected to examinations, and health care was provided to him.

He stressed that the procedures took place in a very short time, noting that the examinations for his son are scheduled to be completed, but he has not yet determined whether he will undergo surgery.