After Bihar, ‘Ramcharitmanas’ controversy in UP too – Samajwadi senior leader urges action against Maurya 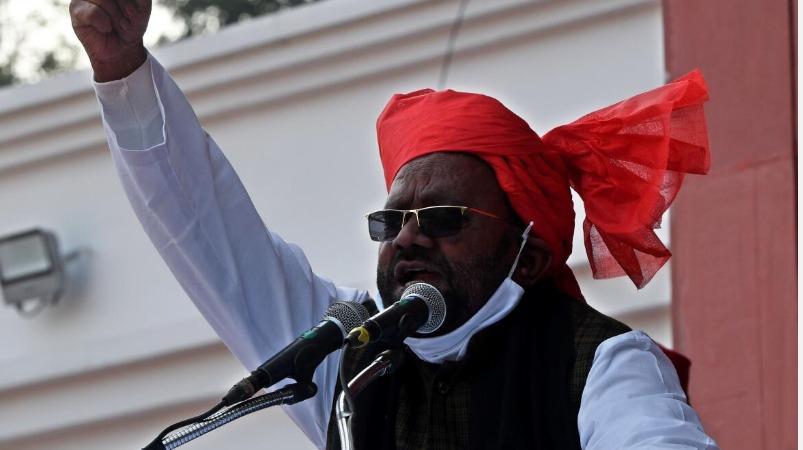 New Delhi: Controversy has arisen in UP after Bihar over ‘Ramcharitmanas’, the holy book of Hindus. It has been urged that action should be taken against senior Samajwadi leader Swami Prasad Maurya who insulted the book.

Ramcharitmanas was written in the 15th century by Tulsidasa, a Sanskrit scholar and devotee of Rama. Written in poetic style in Avadi language, Hindus keep this book as a holy book and worship it in their puja room.

Regarding this book, U.P. Swami Prasad Maurya, a prominent leader of the Dalit community, says, “I respect whatever is the religion. But insulting a particular community in the name of religion is unacceptable. Because of this crores of people do not read Ramcharitmanas. Because everything that Tulsidasar wrote in it for his own pleasure is rubbish. In this book he compares women and Shudras to animals and incites them to attack them. The central government should ban some pages or the entire text of Ramcharit Manas,” he said.

On behalf of former Chief Minister Mayawati’s Bahujan Samaj Party, U.P. Maurya has also served as the Leader of the Opposition in the Legislative Assembly. In 2021, he resigned and joined BJP and became a minister from Bahujan Samaj. Deposed in 2022. He left the BJP and joined the Samajwadi Party. In this case, Maurya’s comment about Ramcharitmanas has become a controversy and there has been a protest in UP. BJP and other parties want to take action against Maurya in UP. They are urging the government.

UP State BJP president Bhupender Chaudhary has also urged action against Maurya. To this, Samajwadi leader Akhilesh Singh Yadav distanced himself from the issue by saying, “What Maurya said was his own opinion”.

Controversy erupted in Bihar last week over Ramcharitmanas. Chandrasekhar, the education minister of the Nitish-led government, had said that ‘Ramcharitmanas is causing division between the communities’. The state BJP is insisting that a case should be registered against the minister in this regard. Maurya’s opinion has also been condemned by the Muttavalli of Ayodhya mosques.