After his separation from Al-Ahly .. Musimani is a “model”! 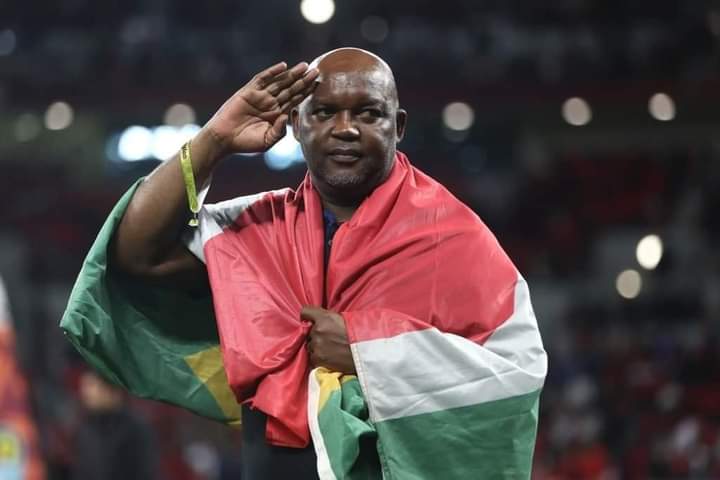 Pictures circulating in the Egyptian sports programs revealed that the former Al-Ahly coach, Petso Mosimane, was preparing to conduct video ads for clothes for one of the international brands.
Mosimane is also preparing to open a football school in Johannesburg in cooperation with an international club, as part of a series of projects that the South African coach intends to undertake during the coming period.
Musimani had made press statements in his country about the reasons for his departure from leading the Egyptian team, despite the great successes he achieved at the continental level.
The coach said, in statements carried by the newspaper “THE SOUTH AFRICAN”, that it was he who decided to leave Al-Ahly, and it was not the administration that took this decision.
Musimani added: “I felt that the pressures were increasing on me in a way that I could no longer bear, so I decided to leave. They were in Egypt holding on to their presence for a new period, but I told them that it is difficult for any coach to meet the aspirations of your fans by winning every match and every championship. It is time to leave.”
MT Sports, the company responsible for managing coach Mosimane’s business, had earlier issued an official statement on its Twitter account, saying: “There are rumors of Pitso Mosimane in Qatar, hinting that he signed a deal with a new team.”

The statement added: “The company would like to announce that they are malicious and baseless rumors, and Mosimane and his technical staff have not signed any contracts with a new team, and they are currently in South Africa.”
The company explained that Musimani received a number of offers, as it said: “After the end of his contract with his former club Al-Ahly, the coach received a number of inquiries from various clubs locally and internationally, including national teams, and the coach has not been associated with any team so far.”