After losing the parliamentary majority, Macron breaks his silence by offering a settlement 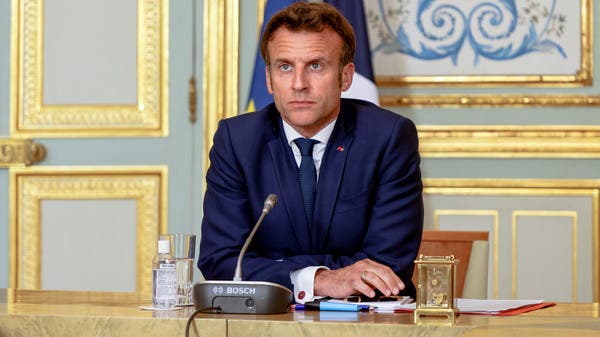 Three days after suffering a major political blow to his party’s parliamentary majority, French President Emmanuel Macron proposed, on Wednesday, “legislation in a different way” based on compromises between various political forces.

Macron delivered a televised public address, after two days of back-to-back meetings with leaders of rival parties, in an attempt to show his readiness for dialogue. But these opponents seem determined to remain in opposition to Macron and are not eager to cooperate or compromise with him.

“We must collectively learn to govern and legislate differently,” Macron said in his speech, offering to “construct some new concessions with the political movements that make up the new assembly.”

And he added, “It should not mean (political) stagnation. It should mean deals.”

It came hours after far-right leader Marine Le Pen made a big entrance into the National Assembly along with dozens of lawmakers from her National Rally party, which won 89 seats in Sunday’s election.

Macron’s Ma’an alliance won the most seats – 245 – but that’s 44 seats short of a majority in France’s most powerful parliament. The main opposition force is the left-wing Nobis coalition created by the controversial left-wing hardliner Jean-Luc Mélenchon, with 131 seats.

The outcome will make it difficult for Macron to deliver on election promises such as purchasing power-boosting measures, tax cuts and raising the minimum retirement age from 62 to 65. His government can still rule, but only by bargaining with lawmakers.

Macron heads Thursday to a series of world summits expected to focus on the war in Ukraine.

In the same context, Macron said that the formation of the National Assembly echoes “deep cracks and divisions throughout our country.”

“I think it is possible … to find a broader and more visible majority to take action,” he added.

He then listed a series of measures included in his political platform, indicating that he had no intention of fundamentally changing his policies.

Macron urged political parties to announce within the next two days whether they are ready to form a government coalition or commit to voting on some bills on a case-by-case basis.

Leaders from the main parties, including the left-wing coalition, conservatives and the far-right, have indicated that a government coalition is not an option.

Macron dismissed the idea of ​​a “national union” that includes all political forces in the government as “unjustified to this day”.