After madrasas, the state government has ordered a survey of Waqf Board properties in UP 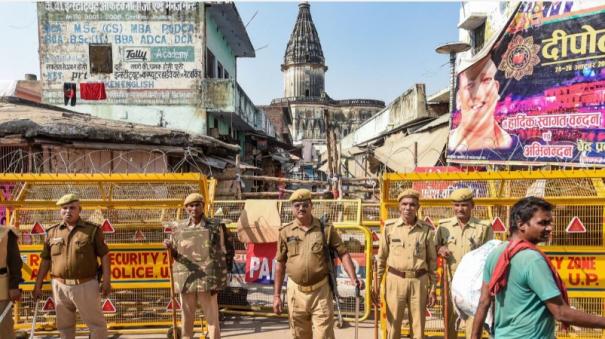 New Delhi: After Uttar Pradesh madrasas, the state government has ordered a probe into the properties of Muslim Waqf Boards.

In this regard, U.P. Minority Welfare Minister Dharampal says, “There are complaints of misuse of Waqf Board properties in UP. In order to find it and protect the properties, the properties of the 2 sects, Sunni and Shia, are also to be investigated. All the District Collectors have been ordered to investigate this and submit a report to the government,” he said.

In the circular issued in the name of State Minority Welfare Department Deputy Secretary Shakeel Ahmed Siddiqui, the order issued by ND Tiwari, who was the Congress Chief Minister on April 7, 1989, is cancelled. Chief Minister Tiwari had ordered transfer of Muslim residences, dargahs and mosques to waqb boards. They are to be taken back from the waqbs and registered as public property of the state government. Therefore, the survey ordered the inspection of the properties held by the waqb from April 7, 1989 onwards. Illegally occupied properties will also be posted in these,” he said.

Samajwadi leader Akhilesh Singh said, “The BJP government is trying to create a conflict between Hindus and Muslims in the state in the name of Waqf Board property survey. This is nothing but the politics of getting votes in elections,” he said.

Hyderabad MP and AIMIM party leader Asaduddin Owaisi says, “The BJP government has targeted Waqf Boards after madrasas. “Why is the government keeping the properties of temples and monasteries while inspecting the waqb boards?” he asked.

After the Army and Railways, the Waqf Board has the most assets. According to National Waqf Management Centre, there are 8,54,509 properties owned by Wakf Boards across the country. Its land area is about 8 lakh acres.

Central Waqf Boards are functioning for both Sunni and Shia sects in UP. Out of these, it appears that the Sunni Waqf Board has 1.5 lakh properties and the Shias have 12,000 properties.