After Mbappe kicked him out.. Leonardo: Messi is enough for me 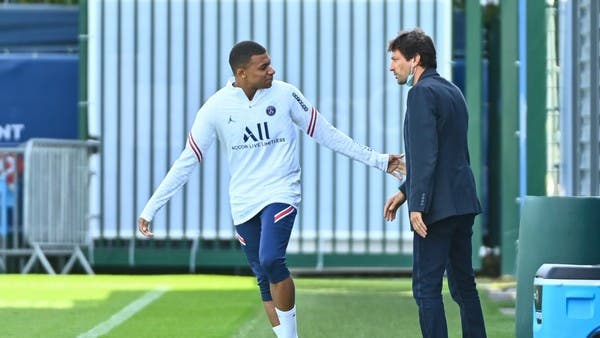 Leonardo, the former sporting director of Paris Saint-Germain, confirmed that Argentine star Lionel Messi is at the top as one of the greatest football players in history, noting that he does not believe that he succeeded in bringing him to the French League.

Leonardo left his position at the end of the 2021-2022 season, while former Monaco and Lille coach Luis Campos took over the position of sporting director for the club crowned with the French League title.

Argentinian coach Mauricio Pochettino is also expected to leave after he failed to win the Champions League title, at a time when the club’s owners are seeking to snatch the European title, and media reports stated that one of Mbappe’s conditions to extend his contract was the departure of Leonardo and coach Pochettino.

Nevertheless, Pochettino and Leonardo succeeded in bringing the great Argentine star to Paris at the beginning of the current season, ending a 17-year career with Barcelona.

Leonardo told the French newspaper, L’Equipe, “We thought about it a lot, yes we had many conversations about it, but Messi never thought about leaving Barcelona.”

He added: The last moments before his arrival were the decisive ones, and after that everything became normal, but I made the only transfer in Messi’s career.

He added that there are stars and legends such as Pele and Maradona, in addition to Messi at the top.

Leonardo explained: So when I look at the past three years, I see the Champions League final and semi-final, winning the French League for the tenth time, seven domestic titles and signing Messi.