After refusing to receive the vaccine, Kimmich gets “Corona” 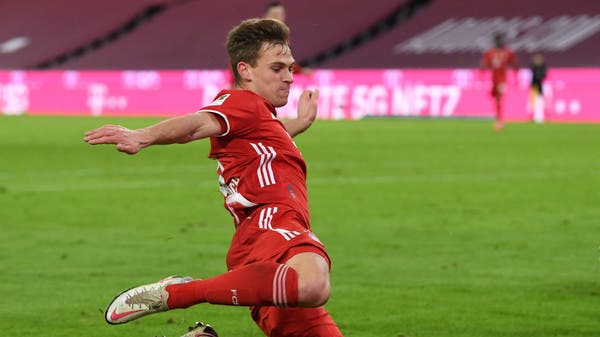 Bayern Munich, the leaders of the German Football League, announced on Wednesday that its midfielder, Joshua Kimmich, had contracted the new Corona virus “Covid-19”, weeks after he refused to receive the vaccine against the disease.

And the “Bundesliga” champion for the past nine years said in a statement that Kimmich is being quarantined at his home after his test result was positive, and he is in good condition.

Kimmich’s injury comes a day after Bayern returned to Bavaria after beating Ukraine’s Dynamo Kiev 2-1 on Tuesday in the fifth round of the Champions League, knowing that the player is subject to quarantine after it was proven that he had contact with a person infected with Corona last Friday.

Kimmich, who sparked debate in Germany after refusing to vaccinate due to personal concerns, was quarantined last week for the second time this season after he had contact with someone who had contracted the coronavirus.