After Shakira’s betrayal and separation, Pique flees to Sweden 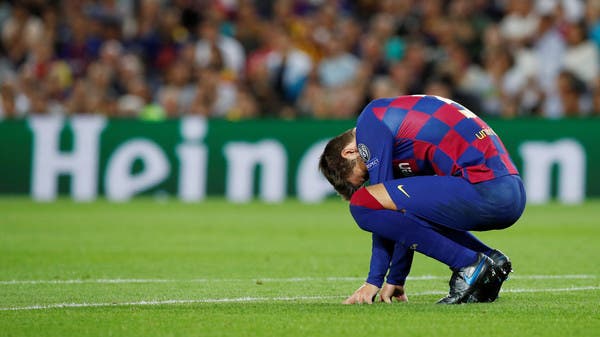 A famous social networking site camera caught Barcelona captain Gerard Pique celebrating in the Swedish capital, Stockholm, away from Barcelona, ​​weeks after the news of his betrayal of his partner, Colombian singer Shakira, and then the announcement of the separation of the two parties early this month.

Pique and Shakira issued a statement earlier this month announcing their separation after an 11-year relationship, and that came just weeks after news of the Spanish player’s betrayal of the famous Colombian singer spread.

According to the Spanish “Sochlet” program, the Swedish celebrity Catherine Zytomirsk was present at a private party hosted by the CEO of Spotify, the new sponsor of Barcelona, ​​​​in the presence of some movie and music celebrities such as American singer Alicia Keys, British model, Naomi Campbell, and American actor Known as Edward Norton.

According to Zhytomyrsk, Pique was wearing a black jacket in an attempt to conceal his identity, and next to him was a blonde woman, whose identity has not yet been revealed.

And Joan Laporta had revealed at Barcelona’s general assembly last week that the 2010 World Cup winner was suffering after his separation from Shakira.

Laporta said: Pique is suffering, in our imagination that footballers have money, fame and everything we want, but they are human beings like us and Pique is a wonderful person. He is one of our leaders and he has given us a lot and he must continue to give. He has gone through a situation that is not good at all, especially with children at such a young age, Pique deserves the respect and sympathy of the fans of the team.

He added, “Don’t bother with the news that tries to portray him as a petty man without feelings, he is suffering and I will be the first person to give him the support he deserves.”