After taking the oath, Marcos Jr. praises the rule of his father, the former president of the Philippines 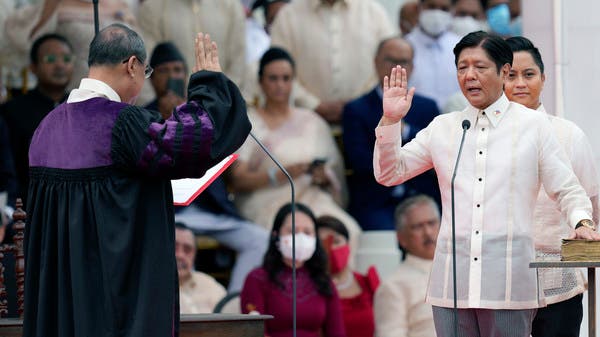 Philippine President Marcos Jr., during his swearing-in on Thursday, paid tribute to his father, the former president of the same name who ruled the archipelago for nearly three decades.

After he was sworn in to replace Rodrigo Duterte, Marcos Jr. said: “I knew in the past a man who saw how little had been done since independence and did it.”

“This is how it will be with his son and there will be no excuses on my part,” he added.

Marcos Jr. was sworn in as president of the Philippines on Thursday as his family returned to power from which they were expelled more than three decades ago.

Marcos Jr. was sworn in before hundreds of Filipino and foreign dignitaries as well as journalists and a number of his supporters who gathered at the National Museum in Manila.

Ferdinand “Bong Pong” Marcos Jr., 64, won an overwhelming majority in last month’s presidential election, achieving the biggest victory since his father was ousted in a popular revolution in 1986.

Marcos Jr. takes over the presidency, succeeding Rodrigo Duterte, who is popular and internationally known for his fierce war on drugs, which has threatened to kill traffickers even after he leaves office.