After the Egyptian Al-Ahly quartet, an article coach from Al-Nasr prepares to train the Saudi Al-Hilal 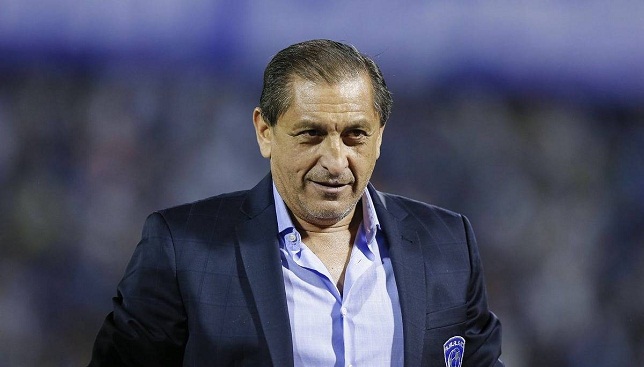 Saudi newspaper revealed today that Al Hilal club has approached contracting with its former Argentine coach, Ramon Diaz, who agreed to take over the task to succeed the Portuguese Leonardo Jardim, who was dismissed from his position after losing four clean goals to Al-Ahly of Egypt in the Club World Cup.

Al Hilal is going through one of its worst periods since it was finally crowned champion of the AFC Champions League last season, as it occupies fourth place on the list of the Saudi League standings, after its results declined terrifyingly with Jardim by achieving eight victories, two losses and seven draws, scoring 29 goals, receiving 20 goals and having three games postponed against Al-Fayha Union and agreement.

It is noteworthy that Ramon Diaz was also sacked from his position in the UAE club Al-Nasr, due to his poor results with the team this season, and his inability to achieve the club’s ambition to compete for titles.