After the events of the Basra stadium.. the position of the Omani public on attending the “Gulf 25” final (video) 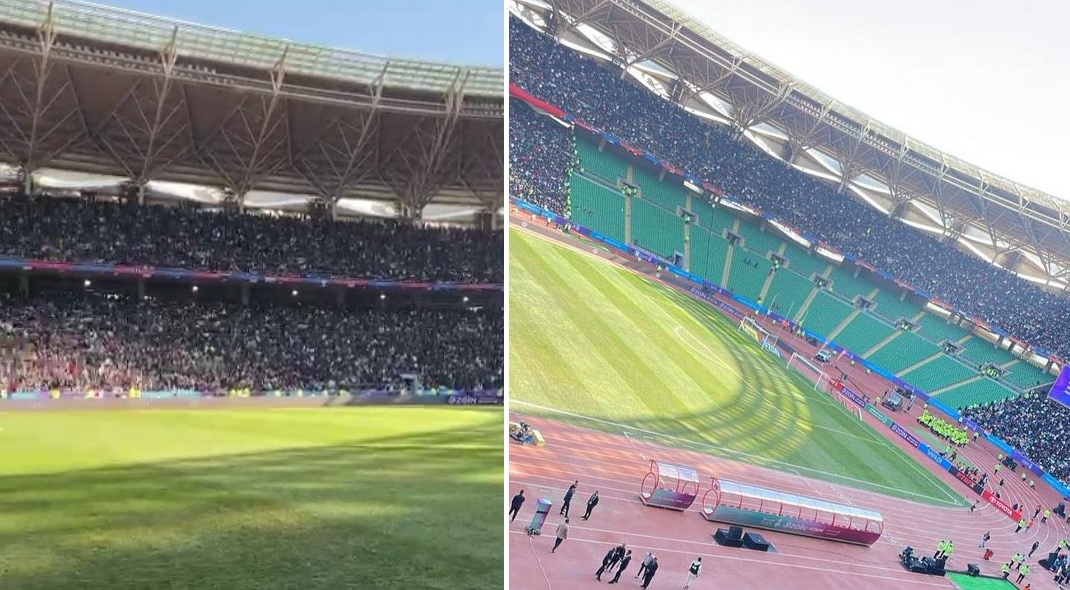 The organizing committee of the “Gulf 25” championship announced the return of the Omani fans from Basra International Airport to Muscat, after the Palm Trunk Stadium was crowded today, Thursday morning, to follow the final match between Iraq and Oman.
The organizing committee said in a press statement: “After consulting with the competent authorities in the Sultanate of Oman and in order to preserve the safety of the Omani masses and support the brothers in Iraq for the success of the final meeting, it was decided that the audience present at Basra International Airport will return to the Sultanate of Oman.”

And she added, “We inform the fans in the vicinity of the stadium not to come to the stadium, because the stands designated for the fans are full.”

Omani public seats have become in the heart..#Gulf Cup pic.twitter.com/Lwdg0USStS

It is noteworthy that more than 150,000 fans gathered in the vicinity of Basra Stadium in search of a seat to attend the final match at a time when the entire stadium was filled, and a large number of those who had tickets for the match were unable to enter the stadium, at a time when the Iraqi fans took over the seats that were reserved for the Omani fans. A question from one of the members of the organizing committees for the match was his response: “The Omani fans have a place in the heart,” and not in the stands.

The crowd’s stampede in the vicinity of the stadium led to the death of a fan and the injury of dozens, prompting the governor of Basra, Asaad Al-Eidani, to threaten to cancel the match or transfer it to a neighboring country, before things settled to hold it on time.