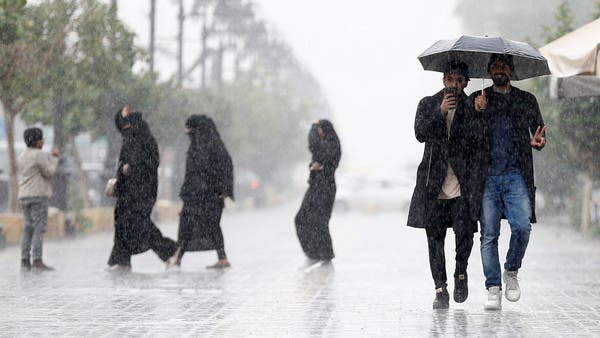 Weather researchers said that today, Saturday, is the first day of the “Shabt” season in Saudi Arabia, after bidding farewell to the last days of the “Murbaaniyah” yesterday.

Weather researcher Abdulaziz Al-Hussaini said in a tweet on his Twitter account that the number of days of the “Shabt” season is 26 days, starting on January 15 of each year, and it is called in the Gulf as “Burd Al Bateen”. Al-Shabab is divided into two stars, Al-Na’a’im and Al-Baldah, each of which has a duration of 13 days. The first star of it is “Al Na’aim”, during which the cold and frost increase when the wind blows.

Al-Hussaini explained that these winds “are of Siberian or polar origin”, while during the “Shabt”, farmers do not plant anything because it is very cold, and they are keen on their interest in existing trees. It was expected that it would coincide with the entry of “Al Shabt” with a cold wave.

For his part, Dr. Abdullah Al-Misnad, a former professor of climate at Qassim University and founder and head of the Committee for the Nomenclature of Distinct Climatic Conditions in Saudi Arabia, said that “today is the seventh of the rainy state,” expecting that it will “crawl south, as rainy thunder cells form over the area.” Parts of the regions of Makkah, Riyadh, Sharqiah, Al Baha, Bahrain, Qatar and the northern Emirates. And he warned that the “Matareya” may be semi-heavy in areas southwest of Mecca.

Al-Misnad added, in a tweet on his account on “Twitter” that “a cold air mass that penetrates into the northern atmosphere from Saudi Arabia reduces the temperature significantly, and begins to gradually move towards the center, east and west, and its peak is on Tuesday and Wednesday, and the zero centigrade is present in the northern and north central regions.” .

And he added, “In Shabt, the temperature is usually low, and frost and fog are formed in the morning.” This season also records “the beginning of the emergence of early palm pollen, especially in the south of Al-Wusta,” and “the activity of the northern and cold winds.”

In a related context, the National Center of Meteorology in Saudi Arabia expected that thunderstorms will continue and active winds will continue that limit horizontal visibility in parts of the eastern, Riyadh, Makkah and Al-Baha regions.

The decrease in temperatures is also expected to continue in the regions of Tabuk, the northern border, Al-Jawf, Hail, Al-Qassim, parts of the west of the Kingdom, and the east and center of the Kingdom. It is not excluded that fog will form during the night and early morning hours on the heights of Jizan, Asir, Al Baha, Makkah Al Mukarramah, Al Madinah Al Munawwarah and parts of the northern border regions, Al Jawf and the coasts of the Eastern Province.