Akshar Patel, Aswin The kingdom continues in the 4th Test. Unable to cope with the bowling of the duo, England were bowled out for 205 in the first innings of the last Test at Ahmedabad.

England have crossed 200 for the second time in a four-match Test series.

At the end of the first day’s play, India added 24 runs for the loss of one wicket. Rohit Sharma (8) and Pujara (15) are on the field. India are 181 runs behind England’s first innings score.

This is the 3rd Test match for Akshar Patel and he is moving towards the big record of taking 22 wickets so far.
The ball does not bounce or spin as much on the field as in the last match. The pitch is in a way that cooperates well with the batsmen.

If batting relaxed, the batsman can score well on this ground. But it is safe to say that the England batsmen did not seem to be able to cope with the spin of Aswin and Akshar. If the batsmen of the Indian team bat relaxed without worrying about wasting balls, they can score well. If the Indian team scores more than 400 runs in the first innings, the innings is sure to win. The first innings score is seen as very necessary as the nature of the pitch in the last two days will contribute to the addition of spin.

The only big consolation for the England team was the batting of Ben Stokes. Batting casually, Stokes hit a fifty and was dismissed for 55. Lawrence added 46. Only two took a somewhat respectable score.

Crawley and Sibley started the game. In the beginning Akshar Patel Was invited to bowl. In the 6th over bowled by Akshar, Audi was bowled out for 6 by Sibley. The last time many England batsmen did not know how to play the ball that came straight to the stumps, they batted thinking the ball would turn and snatched the wicket. No one has yet learned a lesson from that experience. 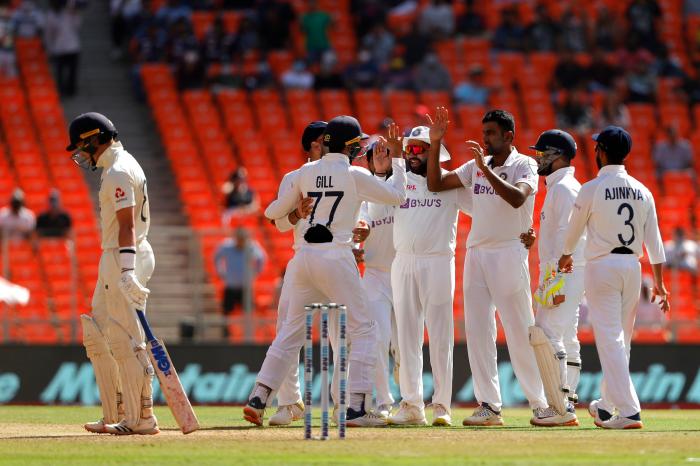 Next, Burstow banged in and joined Crawley. Akshar bowled in the 8th over to take the ball to Mohammad Siraj for a crawl in the mid-off direction. Crawley was dismissed for 9. England lost 2 wickets for 15 runs.

Captain Root batted for the 3rd wicket and joined Barstow. In the 13th over, Siraj was bowled out for 5 in the quarterfinals. Stokes, who came in for the 4th wicket, along with Barstow hit occasional fours.

At stumps, England were 74 for three. Shortly after the lunch break, Burstow snatched the wicket

Mohammad Siraj was bowled out for 28 in the quarterfinals by Burstow. Burstow and Stokes added 48 runs for the 4th wicket. This is the highest partnership today. 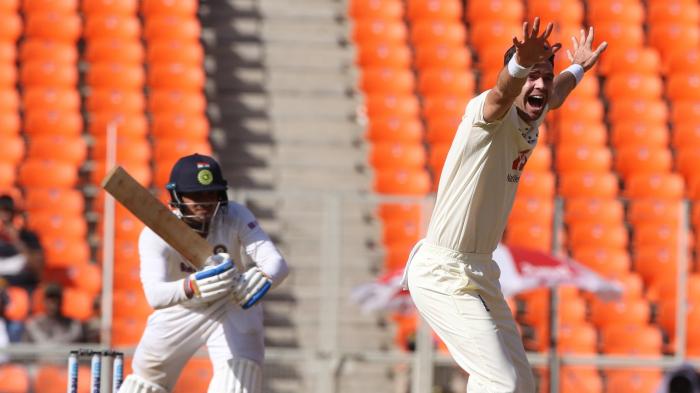 Lawrence was fielded to strengthen the backline batting. But none of the back-row batsmen who cooperated with Lawrence batted. Pope added 29 runs Aswin In bowling, he gave a catch to Shubhamkill and was dismissed.