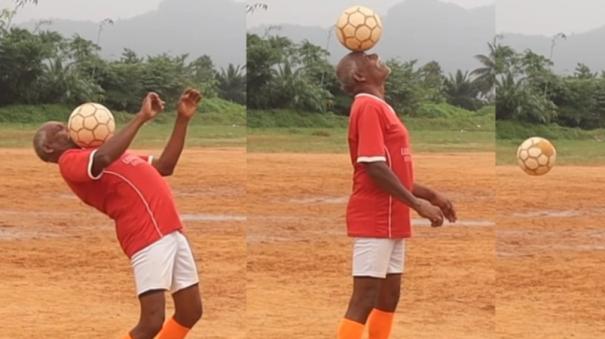 Wayanad: A 64-year-old lorry driver from Kerala is showing off his stunning game of football. His video is now going viral on social media.

James hails from the Ambalavayal area in Wayanad, Kerala. The 64-year-old has been struggling with the game of football. YouTube, who has been sharing videos under the name PRSOCCERART who knows about him, has shared his video on his channel.

In that video, James is playing football. His playing prowess is evident in everything from juggling the ball to tapping the ball. The video has received millions of views on sites such as YouTube, YouTube Shorts, and Instagram.

“I’m been playing football since the 1970s. I did not have time to play this game for a long time then. I could not play. However, my love for the game of football keeps me involved in the game, “said James.

It has been reported that he is also a member of the Wayanad football team. James, who works as a truck driver, seems to carry a football kit guide everywhere he goes. With this year’s FIFA World Cup set to take place, James’ story can inspire many who are interested in the game in India.

Congratulations on continuing to play football with him!