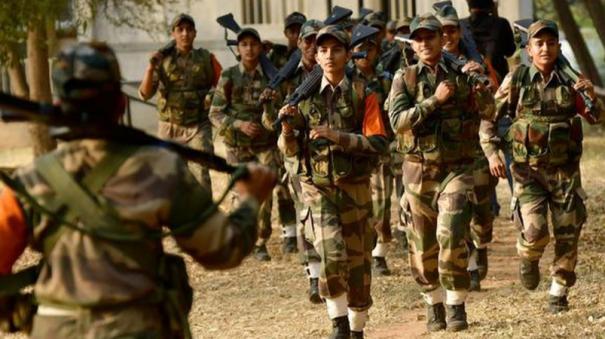 New Delhi: The Indian Army has announced that you can apply online from next month to join the ‘Agni Path’ scheme.

The ‘Agni Path’ project, which will serve 4 years on a contract basis in the Army, Navy and Air Force, was announced on the 16th. There have been a series of protests in the north against the new plan. In this context, the Indian Army yesterday issued a notification for the selection of soldiers for the Agni Path project. It says:

Both men and women between the ages of 17.5 and 23 can apply for the Agni Path scheme. Online registration will begin in July. The application should be registered on the website of Indian Army https://joinindianarmy.nic.in.

Physical fitness and written test will be conducted as per regular procedures. The selected Agni warriors will be trained for 6 months. Holidays are given 30 days a year. Sick leave will be given as per the recommendation of the doctors. Agni soldiers can be recruited in any part of the country.

Life insurance for Agni veterans will be Rs 48 lakh during working hours. In case of loss of life while working, Rs 48 lakh insurance and Rs 44 lakh relief fund will be provided by the government. Pensions and allowances will not be paid.

Agni veterans can apply for permanent employment after four years of service. About 25 percent of players will be recruited on a permanent basis based on merit and ability. They must serve 15 years in the military. Thus stated in the announcement.

The physical fitness and writing test is scheduled to be held in August, September and October for young people applying online for the Agni Path project. According to military sources, training for the selected soldiers will begin in December.

It has been announced that retirees serving in the Agni Path project will be given a 10 per cent reservation in the Central Security Force and paramilitary forces operating under the Central Interior. In addition, various central government departments, state governments and private companies have promised to provide employment to Agni soldiers.

The three commanders will meet Prime Minister Narendra Modi today to brief him on the Agni route project.

Opposition to the Agni road project announced by the central government has erupted in various states. Youths in Bihar have been waging a fierce struggle for the last 6 days claiming that they are being denied jobs available in the army due to this scheme.

In this situation, the struggle has spread to various states across the country. Protests are taking place in several states including Uttar Pradesh, Madhya Pradesh, Bihar, Haryana, Punjab, Jharkhand, Delhi, West Bengal and Telangana.

Protesters set fire to trains parked in several states, including Bihar and Telangana. More than a dozen trains across the country have been torched in the violence. It has been revealed that the railways have lost more than Rs 700 crore due to the train strike and arson.

Commenting on the youth’s protest against the Agni Path project, Prime Minister Modi said, “It is unfortunate that many good projects brought by the central government are being politicized. Many results, many reforms, may seem undesirable at present. But over time, that is likely to change. The path of reform will take us to new milestones. ”

As the struggle intensifies across the country, the commanders of the three armies of the Army, Navy and Air Force are scheduled to meet Prime Minister Narendra Modi today. They will then brief the Prime Minister on the youth struggle and the Agni Path project.