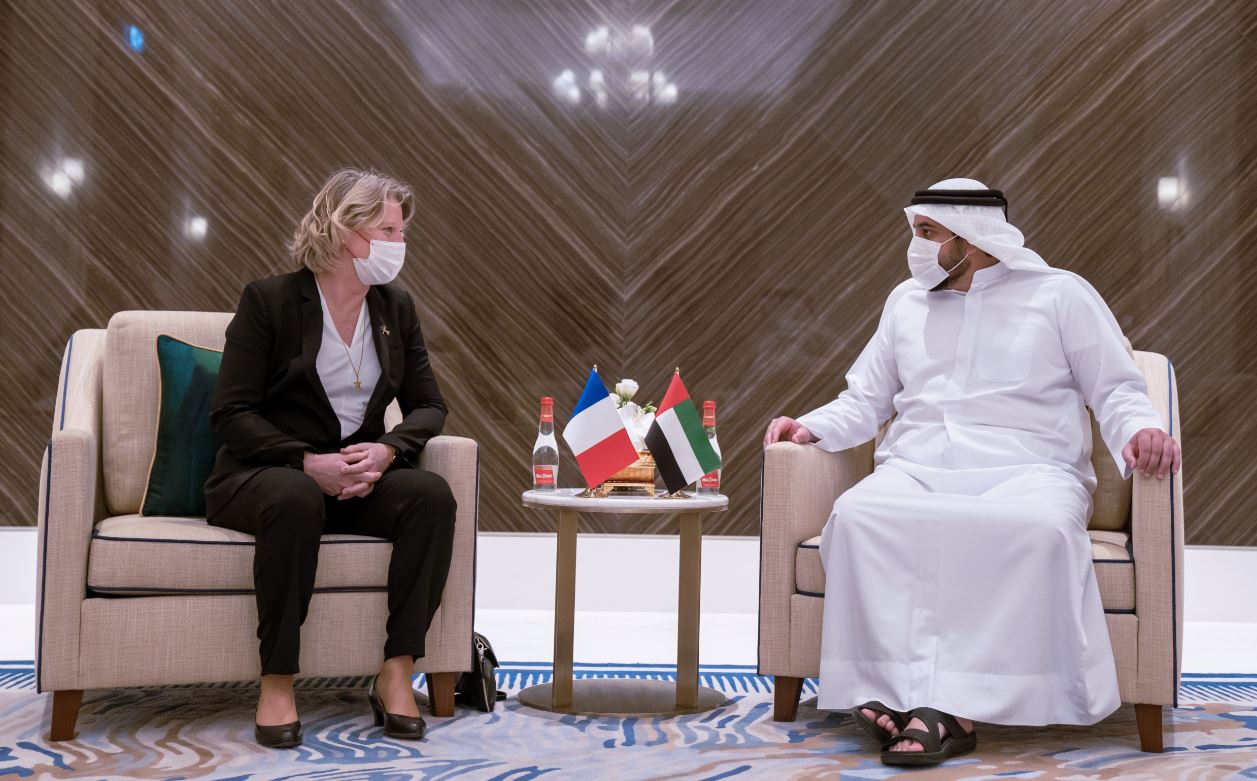 His Highness Sheikh Ahmed bin Mohammed bin Rashid Al Maktoum, President of the National Olympic Committee, met this morning at the headquarters of the Expo 2020 Dubai, Brigitte Enriques, President of the French Olympic Committee, where His Highness was briefed on the special offers of the Summer Olympic Games to be held in the French capital Paris in 2024 and presented by them The French Pavilion at Expo 2020 Dubai.

During the tour, the curators of the French Pavilion gave His Highness Sheikh Ahmed bin Mohammed bin Rashid Al Maktoum an overview of the steps taken by the Organizing Committee for the Paris 2024 Olympic Games, and reviewed the preparations of the Olympic Village for athletes, competition sites and various sports facilities. His Highness discussed with the President of the French Olympic Committee ways to enhance bilateral cooperation in the Olympic movement to serve the athletes in both countries and enable them to continuously improve their technical level to achieve the best possible results.

His Highness, the President of the National Olympic Committee, heard from the visiting guest a detailed explanation about the adoption of the environmentally friendly vision by the French capital, Paris, and its contribution to stopping climate change during the hosting of the Olympic Games in 2024, through a set of initiatives and programs aimed at reducing carbon emissions while expanding green spaces and providing an environment Healthy for all participants in the Olympic Games.

His Highness praised that vision, noting the integrated strategy set by the UAE to reach climate neutrality by 2050, the initiative launched by His Highness Sheikh Mohammed bin Rashid Al Maktoum, Vice President and Prime Minister of the UAE and Ruler of Dubai, and His Highness Sheikh Mohamed bin Zayed Al Nahyan, The Crown Prince of Abu Dhabi and Deputy Supreme Commander of the Armed Forces, making the UAE the first country in the Middle East and North Africa to announce its goal to achieve climate neutrality.

It is noteworthy that the Paris 2024 Games will be organized on the centenary of France hosting the Olympic Games for the second time in 1924, knowing that this event was held in France for the first time in 1900.

The meeting was attended by Mohamed bin Sulayem, Secretary-General of the National Olympic Committee, and Engineer Azza bint Suleiman, Assistant Secretary-General for Administrative and Financial Affairs of the Committee, as well as from the French side, Mrs. Laurence Fischer, French Ambassador for Sports, and H.E. Jean-Pierre Ciotat, Vice-President of the French Olympic Committee, responsible for International Affairs.