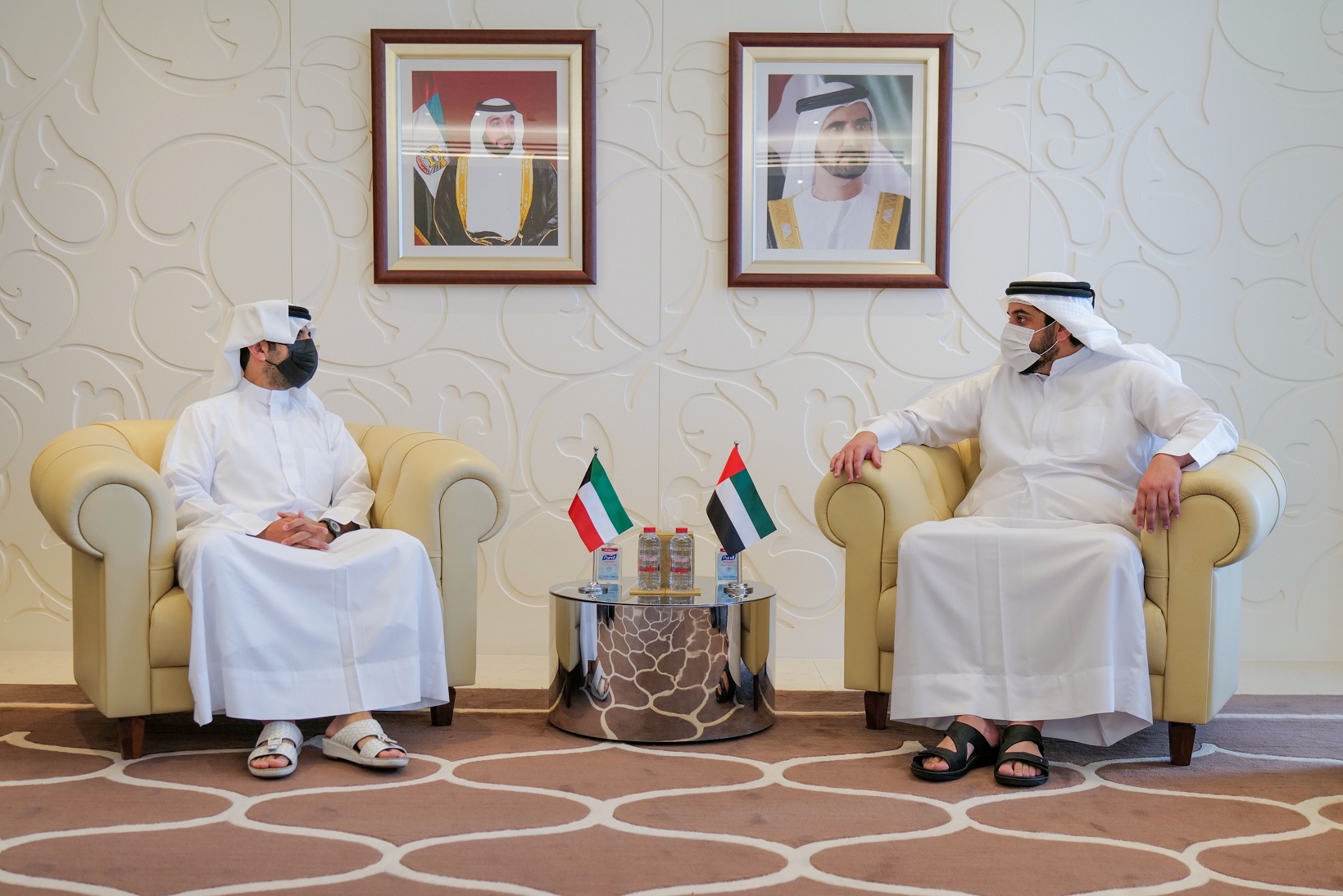 His Highness exchanged a conversation with the President of the Kuwait Olympic Committee, where the meeting discussed the possibility of activating more constructive partnerships between the two sides, and enhancing means of bilateral cooperation to serve the Olympic movement and achieve the desired goals and results for the athletes of the two countries.

The two parties reviewed the most important and most important upcoming sporting events and events, including the third edition of the Gulf Sports Games that will be held in the sisterly State of Kuwait during the period from the ninth to the nineteenth of next January, as it is one of the important stations and distinguished benefits that bring together athletes from the people of the Cooperation Council for the Arab States of the Gulf. .

His Highness was briefed by his Kuwaiti counterpart about the preparations for the launch of the Gulf Sports Forum, which includes 15 individual and team sports, and all the organizational and administrative aspects taken to make the event a success and its exit in the desired image.

The meeting was attended by Dr. Ahmed bin Abdullah Humaid Belhoul Al Falasi, Minister of State for Entrepreneurship and Small and Medium Enterprises, Chairman of the General Sports Authority, Vice-President of the National Olympic Committee and Chairman of the Executive Office of the Committee, Mohammed bin Sulayem, Secretary-General of the National Olympic Committee, and Engineer Azza bint Suleiman, Assistant Secretary-General for Affairs. Administrative and financial committee.