Ahmed Masoud in the latest message: We continue to fight in Panjshir 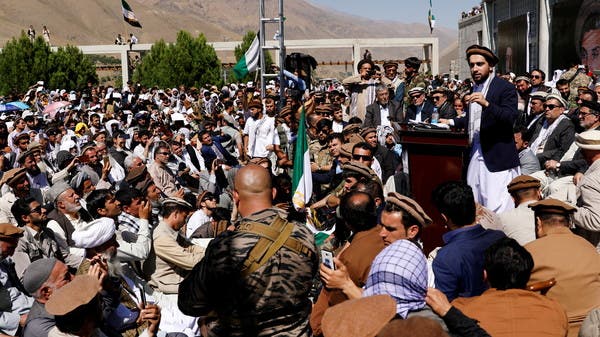 In his latest message after the Taliban announced entry into and control of the Panjshir Valley, the only area that had been outside the movement’s control for many years, the leader of the Afghan National Resistance Front, Ahmed Masoud, stressed today, Saturday, that he will never give up the fight.

And he posted a video on his Twitter account showing the ongoing clashes, stressing that the fighters are continuing their battle against the Taliban.

Ali Maysam Nazari, the front’s spokesman and responsible for its foreign relations, quoted the Afghan leader as confirming that he would never give up the fight for freedom and justice.

Nizari, who is currently residing in the United States, also denied the Taliban’s control of the northeastern province of the country.

This came, after 3 sources from the movement announced on Friday night that they had taken control of the entire country, following fierce battles in Panjshir. “We are now in control of the whole of Afghanistan,” a Taliban commander told Reuters. “The rioters have been defeated and Panjshir is now under our command.”

Meanwhile, the movement’s elements opened fire in the sky of the Afghan capital, Kabul, to celebrate their control of Panjshir province, the stronghold of the “Afghan Resistance Front”.

Simultaneously, news circulated about the departure of Massoud and Afghan Vice President Amrullah Saleh, the country to Tajikistan, but the latter returned and appeared in Fido, stressing that the battles are continuing and the fighting is fierce.

Members of the Afghan Resistance Front (Archive – The Associated Press)

It is noteworthy that the Resistance Front had previously expressed its hope for dialogue with the Taliban, pledging at the same time to defend the valley surrounded by hundreds of fighters from the militant movement.

Indeed, behind-the-scenes negotiations took place over the past few days, but they failed. Later, Massoud said that the movement “offered to allocate two seats to the National Front of Resistance in the government they want to form while we demand a better future for Afghanistan.” “We didn’t even think about” her offer, he said, estimating that the Taliban “chosen to take the path of war.”

It should be noted that the Panjshir Valley, the stronghold of the anti-Taliban for a long time, is a closed and inaccessible valley in the heart of the Hindu Kush Mountains, whose southern end lies about 80 kilometers north of the capital, Kabul.