Ainawiya contacts Saudi clubs to meet them in the external camp 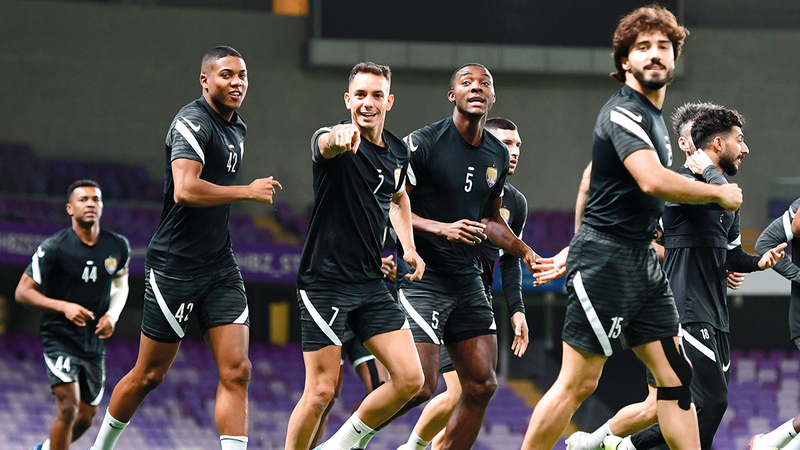 “Emirates Al-Youm” has learned that Al-Ain Football Club has started its contacts with a number of Saudi clubs that will set up their summer camps in Europe, in order to arrange a friendly confrontation during the camp held by the “leader” in Germany in early August, as part of his preparations for the new season in which he defends The ADNOC Pro League and League Cup titles.

The source stated that the Al-Aynawi team, which settled in Germany to establish the external camp, had actually started its contacts after consulting with the Ukrainian coach Sergey Rebrov to secure friendly experiences with some Saudi clubs, provided that he would face one of the ADNOC League clubs, if that was available.

The source indicated that it is scheduled to start the arrival of professional players immediately after the end of the Eid al-Adha holiday in order to undergo medical examinations, after which the team will start the first phase in Al Ain and leave by private plane in the first days of next August.

The Aynaouya administration succeeded in ending the state of anticipation about the fate of coach Sergey Rebrov, as he renewed his contract for one season only to remain at the head of the technical staff after the coach had postponed the step until his family was reassured in Ukraine, which is witnessing a war with Russia.

Technical stability is an important pillar in the Ainawi project that seeks to build a strong team within five years to achieve the AFC Champions League, as the administration found in the Ukrainian coach what it needed, especially that during the season he succeeded in building a team that mixes experience and youth with an average age of 24 years, and he also benefited from The club’s academy, and gave confidence to the young duo Muhammad Abbas and Khaled Al Balushi, who entered the starting lineup. The summer transfer file is still open, as the technical committee chose more than one player in the role of a playmaker to succeed Argentine Christian Guanca, whose loan ended and he returned to the Saudi youth who owns his contract. and choose from.

It is noteworthy that the fate of striker Jamal Maarouf and defender Muhannad Al-Enezi is still unknown after their return from loaning from Khorfakkan and Ittihad Kalba, respectively, at a time when more than one citizen player was linked to Al Ain during the current period.

The first stage of preparation for the new season begins after the end of the Eid Al-Adha holiday in Al Ain.