byThe News Glory
Oman: Air India has canceled several services from Oman to Kerala. Air India has stopped services to Kannur, Kochi, Kozhikode, and Abidangal. Also, the timing of the service from Thiruvananthapuram to Muscat has been rescheduled.

These are the canceled flights

Flight IX 443 and return flight IX 442 from Kochi to Muscat have been canceled on Thursdays and Mondays. Air India itself has issued a notification regarding the cancellation of services. 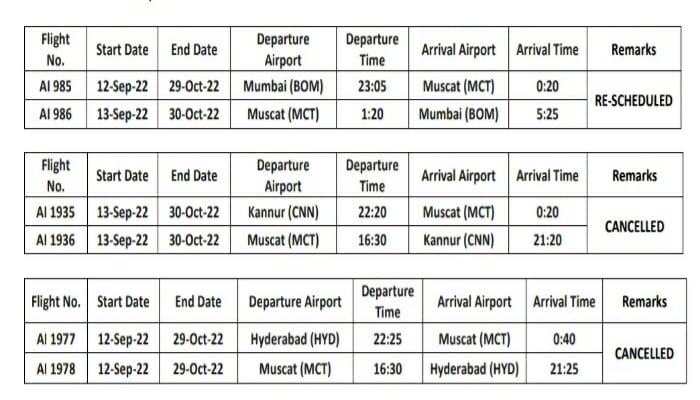