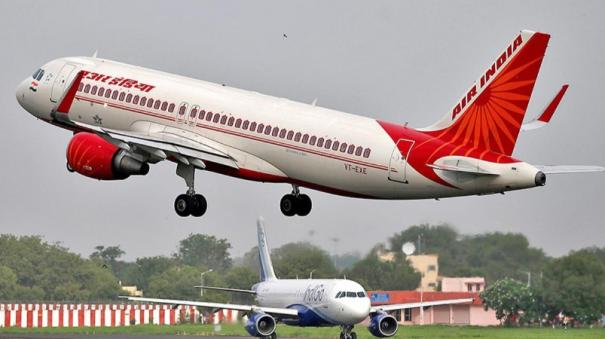 New Delhi: Air India CEO Campbell Wilson has apologized after a fellow passenger urinated on a passenger on an Air India flight.

Campbell Wilson, Chief Executive Officer of Air India, said in a statement, “It is very painful that a fellow passenger urinated on a passenger on an Air India flight. Our staff could have handled this incident better. We have fired 5 people, one pilot and four crew members, for not doing that.

We are reviewing our policy on serving alcohol on flights. We plan to strengthen the complaint mechanism for passengers when they face such issues. We are sorry for the experience of our passenger due to this incident. We apologize for that. We promise that this will not happen again.

Complaint by victimized female passenger: The affected woman passenger wrote a letter to Tata Group Chairman N. Chandrasekaran regarding this. In it, “When the lights were turned off for the passengers to sleep, a drug addict came near my seat and urinated there before he undressed. Even after that, he stood obscenely without adjusting his clothes. My fellow passengers removed him after hearing my cry for help. The flight crew gave me a different outfit. They spread another sheet on it.

I complained about my distress. But after the plane landed, the man disembarked as if nothing had happened. “The flight crews have been lax in this matter,” wrote a letter to Tata Group Chairman N. Chandrasekaran. However, the man was banned from flying Air India for 30 days.

Lost Job: Meanwhile, the man who urinated on the plane has been fired from the US financial services company Wellsboro. Also, the company has strongly condemned the action of Shankar Mishra saying that it is a big shame for their company.