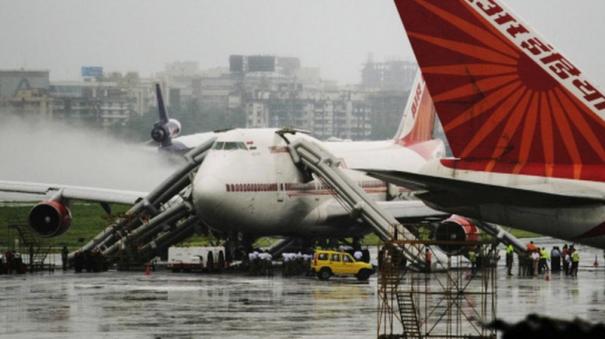 New Delhi: An Air India Express flight from Oman’s capital Muscat to Kochi was detected minutes before the engine smoke. Subsequently, all 145 passengers who were going to travel in it were rescued safely.

No one was injured in the fire as rescue operations were carried out quickly. Arrangements were made to send the passengers on an alternate flight. The investigation into the cause of the accident is ongoing. This information has been disclosed in a report issued by the Directorate General of Civil Aviation.