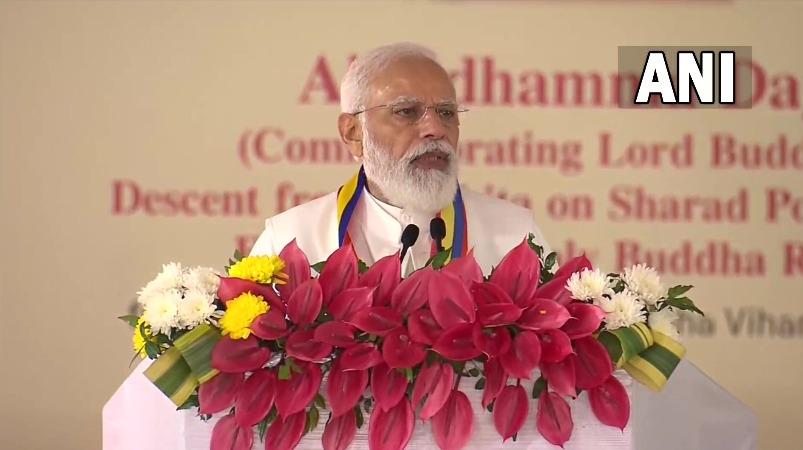 He said the latest move by Air India would help streamline the aviation sector in the country and prioritize passenger comfort and safety. Prime Minister Modi Said.

India is the center of faith of the Buddhist community around the world. Placed starting today Kushinagar International Airport, a tribute to their devotion. This area is a testament to the overall journey of life from the enlightenment of Buddha to the attainment of Mahabharata Nirvana. This important part is directly connected with the world today.

Special attention is being paid to improving these areas by providing additional transport facilities and facilities for devotees to the areas associated with Buddhism. Welcome to the first Sri Lankan flight to Kushinagar and its passengers. Today is Maharishi Valmiki’s birthday and I pay my respects to him. The country is on the path of progress with the effort and support of all.

Upgrading Kushinagar is one of the priority tasks of Uttar Pradesh and Central Governments. To promote tourism in all its forms as trust or entertainment, it is necessary to fully undertake modern infrastructure for renewable energy to ensure rail, road, air, water transport, hotel, hospital, internet connectivity, sanitation, waste treatment and clean environment.

All of these are interrelated and it is important to carry out these tasks consistently. The current 21st century India is moving with such an approach.

More than 900 new routes have been approved under the scheme in the last few years. 350 routes are already operational. More than 50 new airports that have not been used so far have also been brought into operation.

In the state of Uttar Pradesh, Air transport Facilities are being gradually upgraded. In Uttar Pradesh Kushinagar There are already 8 airports in front of the airport. The Jawaharlal Nehru International Airport is under construction in Lucknow, Varanasi and Kushinagar. Apart from these, airport construction work is also underway in Ayodhya, Aligarh, Azamgarh, Chitrakoot, Moradabad and Sravasti.

The latest move by Air India will enable the airline industry in the country to operate professionally and prioritize passenger comfort and safety.

The move will give new impetus to the aviation sector in India. Such a major overhaul has been carried out to enable the Defense Department to use its air bases for civil aviation.

This measure will reduce the travel distance on various routes. The recently released drone policy will make a huge difference in areas ranging from agriculture to health, from disaster management to defense.

The recently launched Prime Minister’s Rapid Power – National Grand Plan, which will not only improve governance, but also ensure all types of transport facilities, including road, rail and air, and help one another increase efficiency.