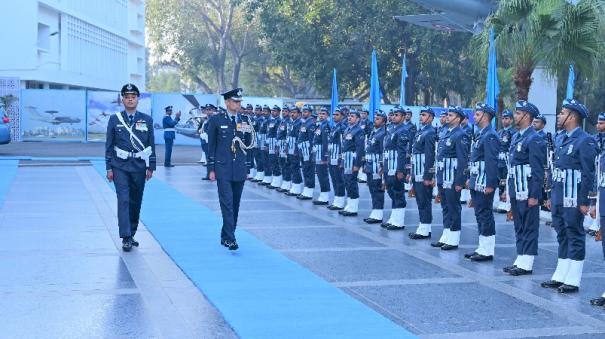 Trained at the National Defense Academy, Pune, he joined the Indian Air Force in June 1985. He is an alumnus of the Wellington Military Officers Training College. He has more than 4500 hours of flying experience.

During his 37 years of service, he has held many important leadership positions. This included a wide range of responsibilities, including Chief of Staff of the Fighter Wing, Training Co-ordinating Officer at Royal Air Force Base, UK. He has received ‘Vishist Seva Medal’ and ‘Athi Vishist Seva Medals’.

Air Marshal S. who retired on December 31, 2022 after more than 39 years of distinguished service in the Indian Air Force. Notably, after Prabhakaran, Air Marshal Pankaj Mohan Sinha has taken over as the Chief of the Western Wing of the Air Force.