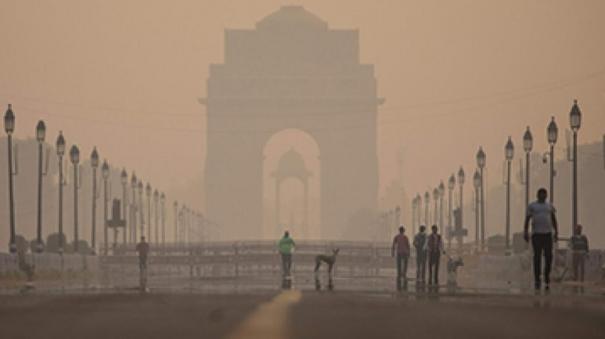 New Delhi: The study has revealed that the average life expectancy of Indians will decrease by 5 years due to air pollution.

The Air Quality Life Index (AQLI) of the University of Chicago, USA, has published a comprehensive study on the impact of air quality on human life and health.

The report said: The Ganges plain in India is the worst polluted area in the world. People in the region, which stretches from Punjab to West Bengal, are at risk of losing an average of 7.6 years of their lives due to air pollution.

India is the second most polluted country after Bangladesh. Exhaust gas from factories and vehicles is considered to be the main cause of this air pollution. In 2020 a general freeze was implemented in India due to the corona. Even though public transport was completely paralyzed at the time, air pollution in the country continued to rise.

This air pollution is detrimental to the health of everyone from the developing fetus. It has been found that if this situation continues, the life expectancy of Indians will be reduced to an average of 5 years.

Global air pollution would reduce the average life expectancy of humans by 2.2 years. The highest incidence of air pollution is in India, Pakistan, Bangladesh and Nepal.

Average air pollution in India has increased by 61.4 per cent per annum since 1998. At the same time, taking into account international comparisons, India’s large population is also responsible for high levels of air pollution.

According to the World Health Organization, Delhi, Bihar and Uttar Pradesh have the worst air pollution problem in India.

On the whole, the average life expectancy of Indians is reduced by 5 years due to air pollution. Thus it is said.