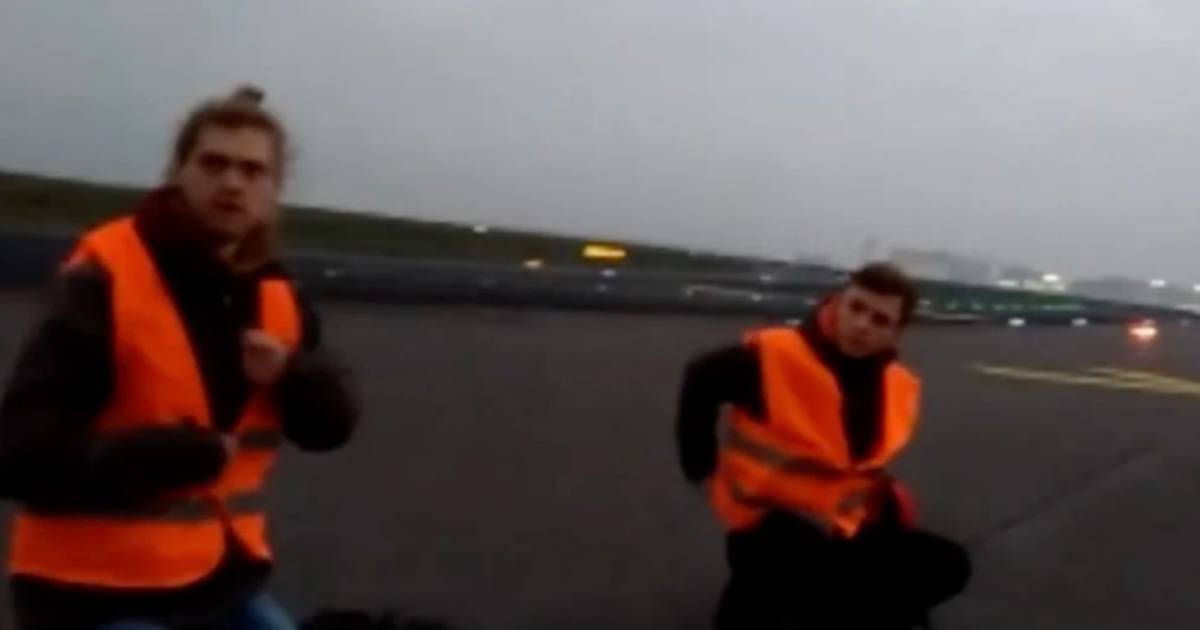 Air traffic at Berlin Airport (BER) came to a standstill on Thursday afternoon due to an action by climate activists. They have gained access to the asphalt, a spokesperson confirms after images of it on social media.

Climate activists of the Letzte Generation (Last Generation) arrived at two places on the airport grounds around 4 pm. According to the spokesman, this happened on the north and south sides. Both runways were closed for safety reasons.

The activists streamed the action live on Twitter and YouTube. There it was seen how they cut a hole in a fence shortly after 4 p.m. and drove onto the airport grounds. They then held banners in front of the camera and explained their motives. they demand, among other things, a speed limit on German motorways. Two activists glued themselves to one of the two runways, others cycled across the site. About ten minutes after the start of the action, blue flashing lights could be seen and a little later police officers could also be heard addressing the activists.

It is still unclear how many people are on the asphalt without permission, a spokeswoman for the federal police told regional broadcaster RBB24. Before the two runways were closed, the airport’s website showed that some flights departing between 4:40 pm and 4:50 pm to Cologne/Bonn and Stuttgart were marked “delayed”. Five flights that were supposed to arrive at about 4:45 p.m. were also reported as ‘delayed’ in the BER information system, the regional broadcaster reported.

The flight tracking site FlightRadar24 showed six aircraft at the airport: two from Ryan Air, one from Wizz Air, one from the Portuguese airline Tap and two from British Airways. Before air traffic was halted, some planes could be seen changing course on their way to Berlin and others circling over the airport. All flights are diverted to Dresden Airport, about 165 kilometers to the south.