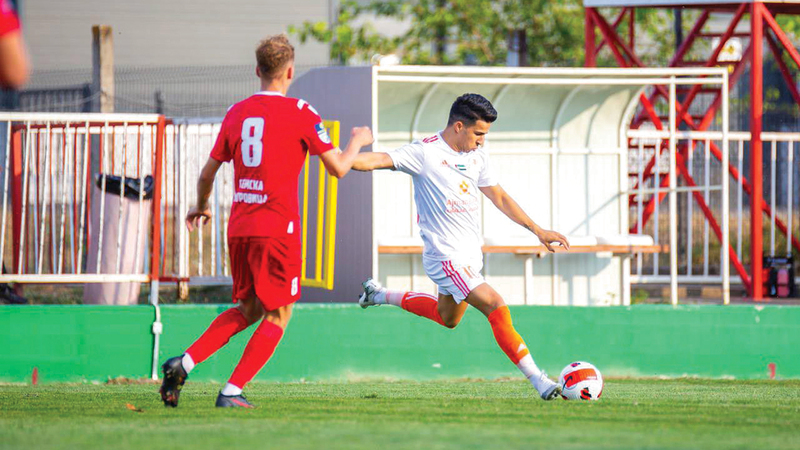 The Ajman team won a clean double over the Serbian team Radnica Mitrovica, the day before yesterday, in the second friendly test for “Orange” in its external camp, which is currently being held in Serbia until the 16th of this month. Ajman coach, Serbian Goran, was keen to give the players a complete rest on the sixth day of the camp in preparation for the match. The majority of the team members participated in the meeting, in a match that witnessed the brilliance of the Bahraini professional Ali Madan by translating tactical sentences that resulted in his scoring for the two goals of the match.

Coach Goran, through tweets on the official website of Ajman Club on Twitter, expressed his complete satisfaction with the players’ feedback in the match, and praised the players’ application of both the way of playing and the training ideas they worked on during the preparation programs, stressing that the work in the camp is proceeding in an excellent manner towards the desired goals.