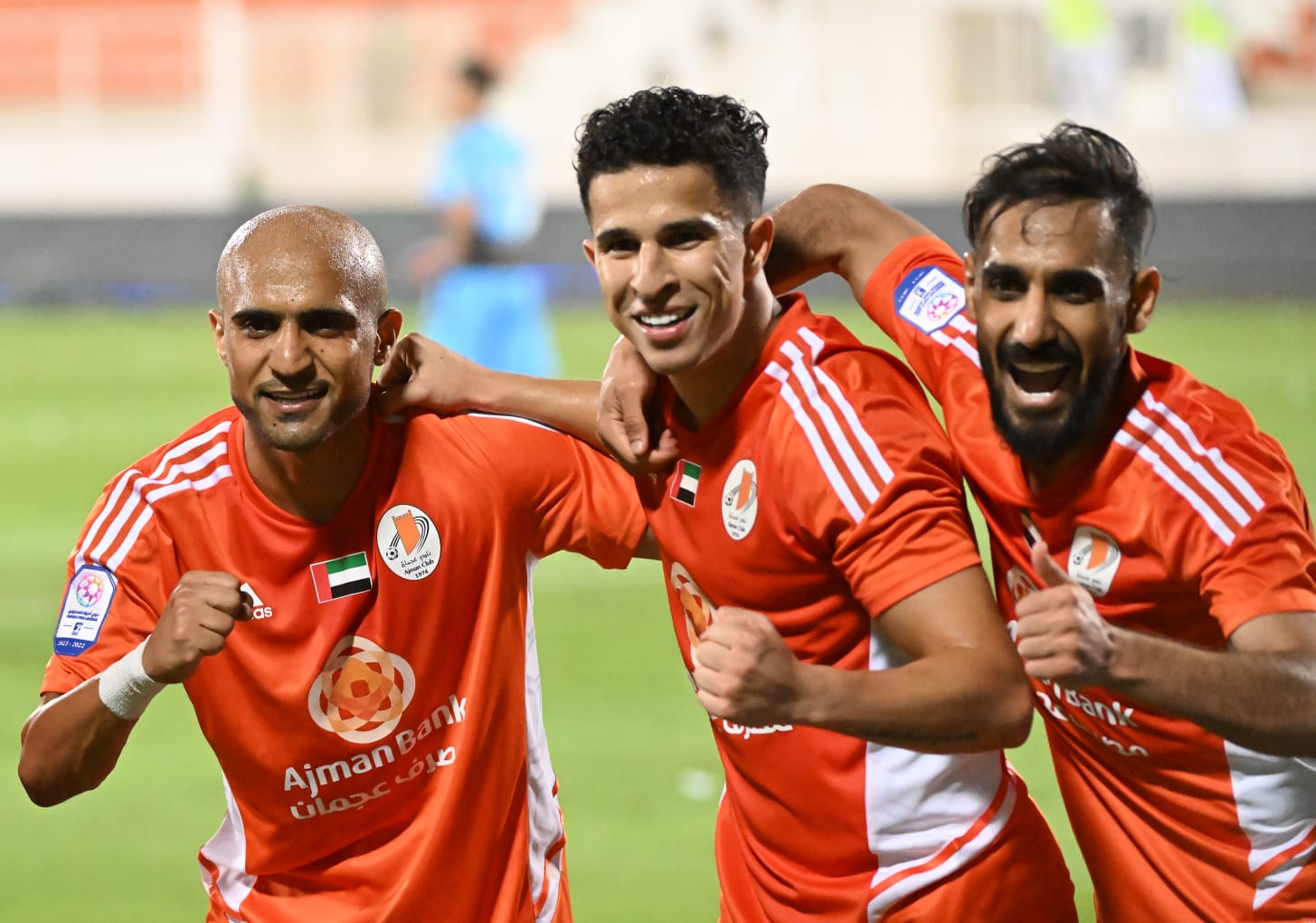 Ajman continued its series of victories, and won its second successive victory at the expense of Baniyas, with two goals without a response, in the match that brought them together this evening in the fifth round of the ADNOC Professional Football League. Ajman’s two goals came through the Congolese, Prestige Mungo, in the 12th minute, then Tunisian Firas Belarabi added the second goal in the 90 + 4 minute. Ajman reached the seventh point in fifth place, and Bani Yas remained with four points in the 11th place, so that the crisis of results continued for the “heavenly”.

Ajman entered the confrontation with the intention of scoring an early goal, and what he wanted was achieved, when Muhammad Ismail penetrated from the right and distributed a cross ball to the head of Prestige, who was unattended to put it in a difficult place for goalkeeper Fahd Al Dhanhani.

Baniyas showed a natural reaction, so he abandoned his caution, which he had at the beginning, and pressed all his lines, and he had the closest chances of the match to equalize from a fixed kick from a good place executed by Jimenez, and the goalkeeper removed it for a corner kick.

In the second half, there were many opportunities for Ajman, including two goals, but the video technology canceled them. Tunisian Firas Belarabi succeeded in confirming the victory for Ajman with the second goal, from a charming pass by Moroccan Walid Azzaro, who did not find it difficult to deposit it in the goal.