Ajman defender misses Sharjah match due to his father’s death 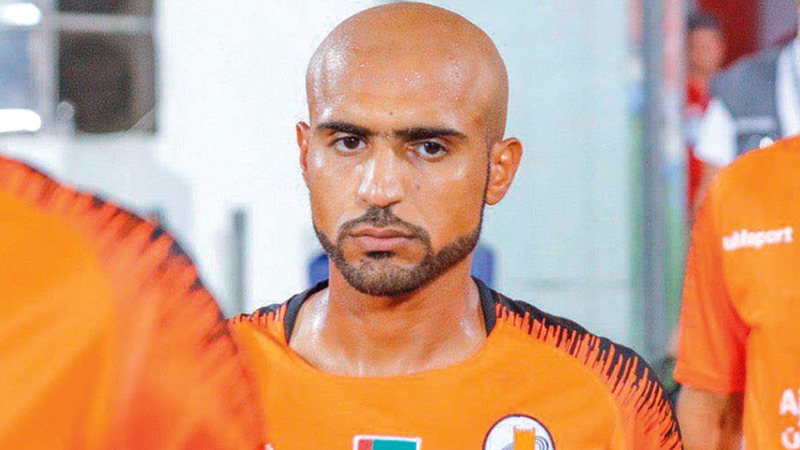 The left-back of Ajman Club, Walid Al Yamahi, is absent from his team lineup that meets Sharjah, tomorrow, Thursday, at the opening of the third round of the ADNOC Professional Football League, due to the circumstances of his father’s death, according to team manager Mohamed Hussein, who confirmed to “Emirates Today” that the player had He took leave for three days, after the injury he suffered.

The Ajman Club had expressed its condolences to the player and his family, after the death of his father, in an official statement. Ajman coach, Serbian Goran, is currently choosing between Saud Saeed and the resident player Nubak, to occupy the left-back position as an alternative to Al-Yamahi.

During his statements, Muhammad Hussain stressed the orange’s readiness to face Sharjah, who has distinguished names and results in the first two rounds of the competition, and said: “Facing a team the size of Sharjah, which is full of stars, represents a strong motivation and incentive for our players to give their best to prove that we are a strong team, and it has an important and influential presence in the league.” ».

He added: “Ajman proved during the Al-Ain and Al-Nasr matches that we are a team respected by everyone. We tied with Al-Ain, and we were close to achieving victory, and we lost from Al-Nasr, despite our clear advantage in the second half.”

Regarding the suffering of Ajman at the level of the bench, and the extent of its need to support with new deals before closing the summer registration door, he said: “The administration and the coach are waiting for the periodic pause after the third round, and there will be a coordination meeting between them in this regard to study the team’s needs and the elements available in the current transfer market.” He continued: “Ajman needs some names at the level of citizen players, whether in the midfield or attack, to better strengthen the team, and the presence of alternative elements that can be relied upon when needed or strengthen, as they say, the bench.”