SportsAjman prepares the substitutes in the friendly "Kalba"
Sports

Ajman prepares the substitutes in the friendly “Kalba” 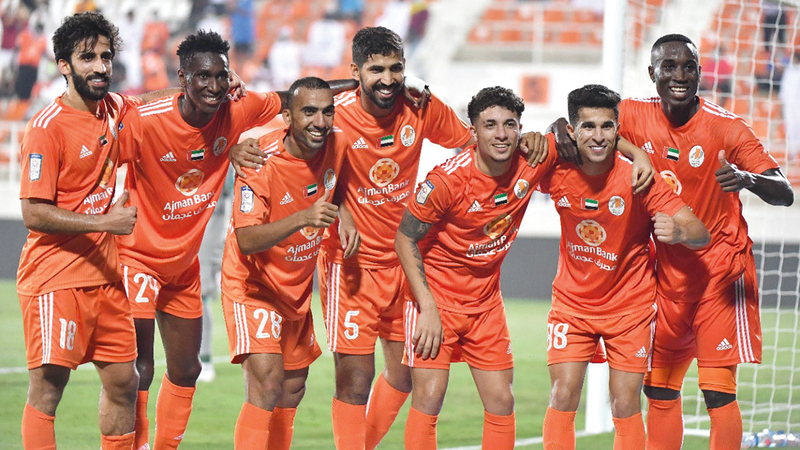 The first football team of Ajman Club will play at 5:15 pm today a friendly match against Ittihad Kalba at its stadium, as part of the two teams’ preparations for the resumption of the ADNOC Professional Football League.

Team manager Mohamed Hussein told “Emirates Today”: “The technical staff, led by Serbian coach Goran, will use that experience to prepare a group of players who did not participate regularly in previous matches for different circumstances, such as Abdullah Jassim, Saeed Jassim, Tariq Al-Khadim, and Muhammad Hilal. And Hamid Abdullah and Walid Al Yamahi, who are finally back from injury, to deal with future conditions that require the team to play four official matches within just 12 days.”

He added: “Goran’s plans in the current period are based on preparing a group of players who are at the level of the matches, both technically and physically, to face any difficulties or obstacles that the team may face in the coming period that requires the absence of any of the players on whom the coach relied mainly.”

Muhammad Hussein stressed that the technical staff also aims to maintain the outstanding level presented by Orange in the past six rounds, without upsetting the team’s balance, especially since the league’s journey is still long and calls for a long breath and ready elements all the time.

He explained: “The level of optimism that Ajman has achieved, but it is not the ambition of the administrative and technical team management to be satisfied with what we have presented in only six rounds, we want continuity and to collect the largest number of points to secure the position of orange in a safe area in the league table.”