Ajman to Serbia camp with 28 players 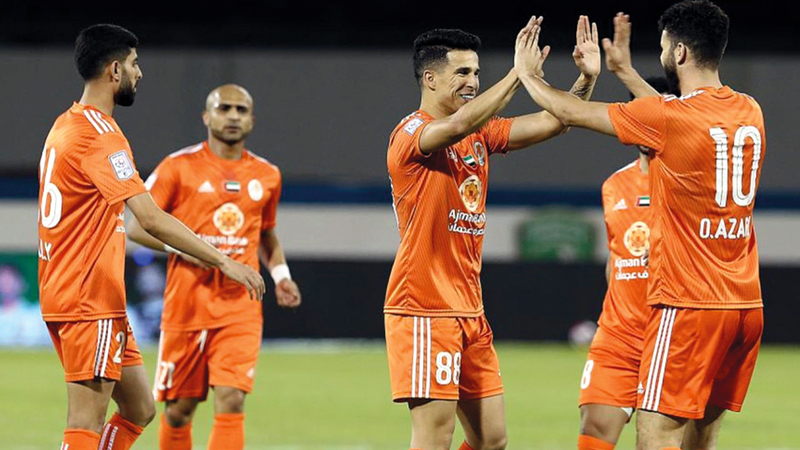 The Ajman club’s first football team leaves today, heading to Serbia, to organize an external camp until August 16, in preparation for the new season, with the participation of 28 players, and under the technical leadership of Serbian coach Goran Tovgdzic.

The director of football in Ajman Club, Muhammad Hussein, told “Emirates Today”, “The external camp, which extends for about 20 days, comes as a continuation of the preparation stages for the new season 2022-2023, which began with the club since July 17 with morning and evening training.”

He added: “The club’s mission is directed to all the team’s players, including foreign professionals, Moroccan Walid Azzaro, Tunisian Firas Belarabi, Slovenian defender Miral Samardjic, and Bahraini Ali Mudon, provided that the camp will include five friendly matches with local, Gulf and Serbian teams in light of the abundance of Kuwaiti teams. And the UAE and Saudi Arabia, which are camped in the same period in Serbia.”

He added, “The friendly experiences will be completed upon returning to the Emirates, provided that we meet the Bahraini Al-Rifaa team on August 21, followed by the 26th of the same month with a final friendly match, in which the identity of the team we will meet has not yet been determined.”

Regarding the new contracts, he said: “We are currently looking for contracts with a fifth foreign professional and a resident player, pending the outcome of the negotiations, but in general, we focus in the current period and during the camp on the factor of technical and administrative stability, especially as we are heading to Serbia with the same identity as the team that Last season, he achieved his best result in the professional league, finishing seventh.

At the end of his speech, Mohamed Hussein indicated to the ambitions of “Orange” for the new season, by saying: “Administrative and technical stability is a fundamental pillar in the team’s ability to complete its ascending career, and progress steps up the ranking ladder, but the task will not be easy in the new season, which I expect is stronger. And more equal, based on what was revealed from the clubs’ contracts of high-class players and coaches.”

It is noteworthy that the football team in Ajman Club presented an exceptional season in 2021-2022, after “Orange” succeeded in ending the “ADNOC Professional League” in seventh place with 35 points, one point behind Al Wasl, sixth, and two points ahead of Al Nasr, the owner of the club. Eighth place, as the Ajman team managed, over the course of 26 rounds of the league, to win 10 matches, and was satisfied with a draw in five matches, compared to being defeated in 11 matches.