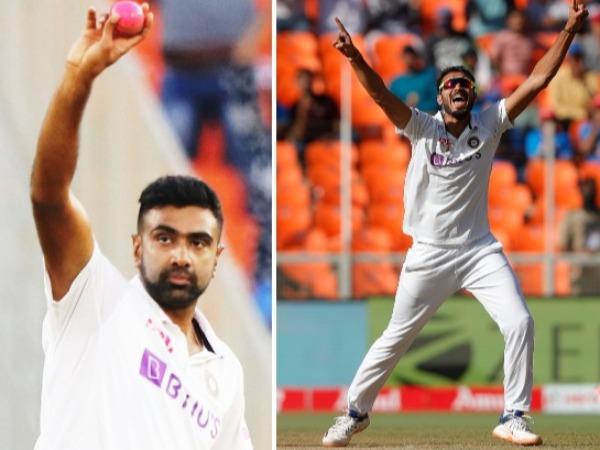 Akshar Patel, Ashwin’s stunning bowling helped India to a 10 – wicket victory over England in the 3rd and Day Test at Ahmedabad.

As soon as the Test match started yesterday it was difficult to cross this match for 3 days and we kept saying that scoring 250 runs was the big thing and it happened.

With this victory, the Indian team has a chance to advance in the final round of the World Test Championship. England, meanwhile, were eliminated from the final.

At the same time, they will say, “Even if I lose one eye, the enemy will lose 2 eyes,” as well as the possibility of India reaching the final could be snatched away by the England team. That is at the end of the next Test.

Akshar Patel, who played in the 2nd Test, has taken 11 wickets in both the innings. Patel also became the first player in the world to take 11 wickets off a pink ball.

Patel has taken 11 wickets for a total of 70 runs. Akshar Patel, who was instrumental in the victory, won the man of the match award.

Ashwin took 7 wickets in both the innings to lead the two to victory in the Ahmedabad Test. While Aswin took the wicket of England’s Jopra Archer, he took pride in taking 400 wickets in Test cricket. Aswin reached the milestone of being the fastest player to take 400 wickets in India. 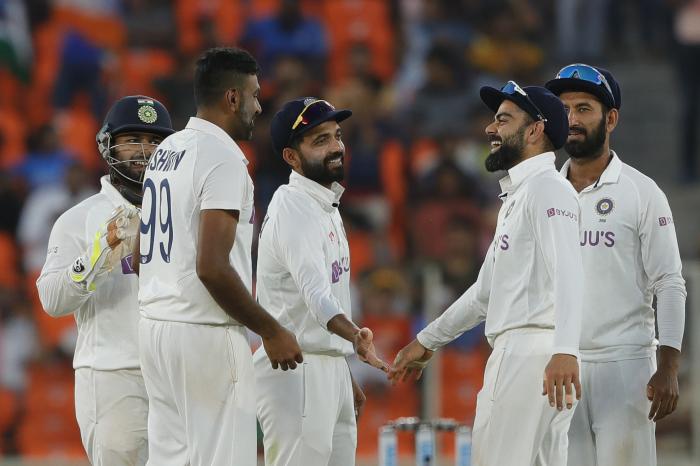 England scored 112 and India 145 in the first innings. England, trailing by 33 runs, were bowled out for 81 in 30.1 overs in the second innings. This is the lowest score England have recorded in a Test match against India.

Following this, Audi India won by 10 runs, adding 49 runs for the loss of wickets in 7.4 overs with a target of 49 runs.

Rohit Sharma (25) and Shubman Gill (15) were unbeaten till the end.

The 2018 Test against Afghanistan in Bangalore ended in 2 days. Then for the 2nd time this Test match is over in 2 days. Today he has lost 17 wickets in a single day. 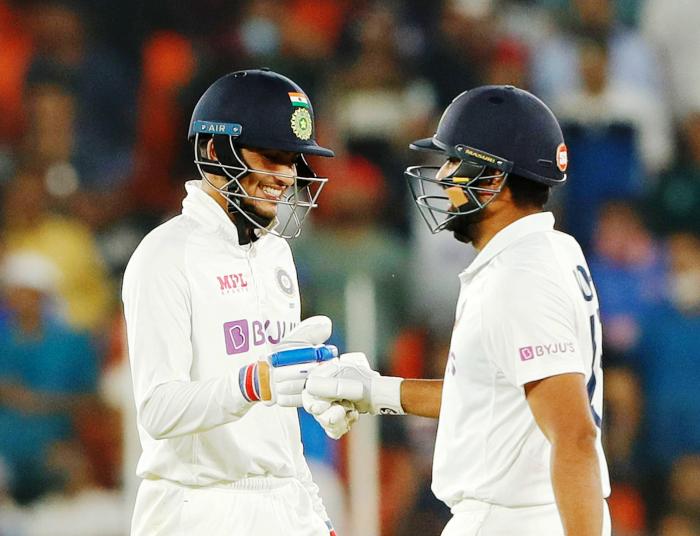 Is the pitch review fair?

The pitch was set up in favor of the batsmen and the ball was not set to spin too much, but the fact is that the batsmen on both teams did not show their full potential. Overall the spinners on both teams have ruled the kingdom.

It is undeniable that the England spinners also took bowling wickets on the same pitch, despite allegations that they had altered the pitch as needed to make it easier for the Indian team to win. When Joe Root and Leach took wickets, the question arose as to whether the pitch did not look like a bad pitch.

The pitch is set up for slow bowlers. The pitch is well-suited for “slow spinners” from 88km to 92km / h. Accordingly, Akshar Patel, Leach and Root are slow bowlers and his bowling is in crisis as he bowls without moving off the line. 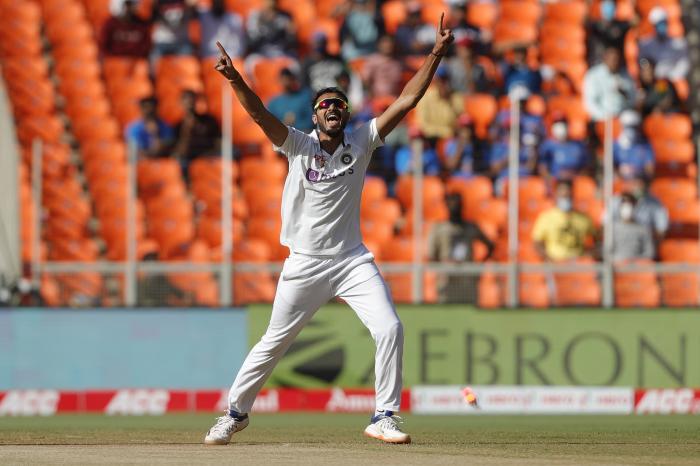 Otherwise The Indian team did not put any sorcery or takado on the pitch, Did not even change the pitch overnight for the Indian team.

If you choose bowlers like Jobra Archer, Stuart Broad and Anderson at speeds above 140km / h on a pitch that favors spin, victory is the horse’s horn.

At the same time one thing needs to be recorded. The Indian team has proven their mettle by bowling and batting on challenging pitches like Australia. The question arises as to whether the Indian team, which has played on such pitches, should set up such pitches to hone their skills and win in 2 days.

At the same time, with the match over in 2 days at the Ahmedabad Stadium, the expectation is that ICC umpire Jawahar Srinath will inspect the quality of the field and what he is going to say.

At the end of the first day’s play, the Indian team had added 99 runs for the loss of 3 wickets. Rohit Sharma (57) and Rahane (1) continued today’s match. The two batted for only a short time.

Rahane was out for 7 in the league bowling quarter-finals. India lost the 4th wicket for 114 runs. Shortly afterwards, Rohit Sharma added 66 as Leach was bowled out for a quarter-final. 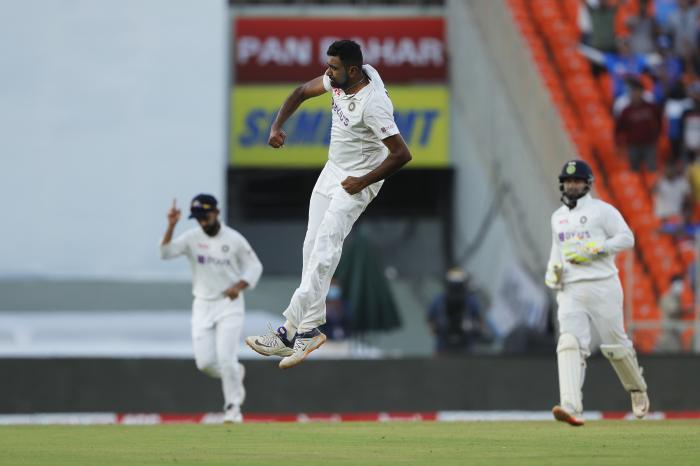 Each of the Indian batsmen who came after him were coming and going. Rishabh Bandh (1), Aswin (17), Washington Sunder (0), Akshar Patel (0) and Bumra (1) were the other bowlers who missed out on root bowling. At one point the Indian team had lost only 3 wickets for 114 runs.

However, they lost 7 wickets in the next 31 runs. Batting only 20 overs today, India were bowled out for 46 runs.

England started the 2nd innings 33 runs behind. Crawley (0) was dismissed in the first ball of the first over by Akshar Patel. Burstow, who pitched next, was also bowled by Burstow in the 3rd ball. Sibley and Root were somewhat offensive. 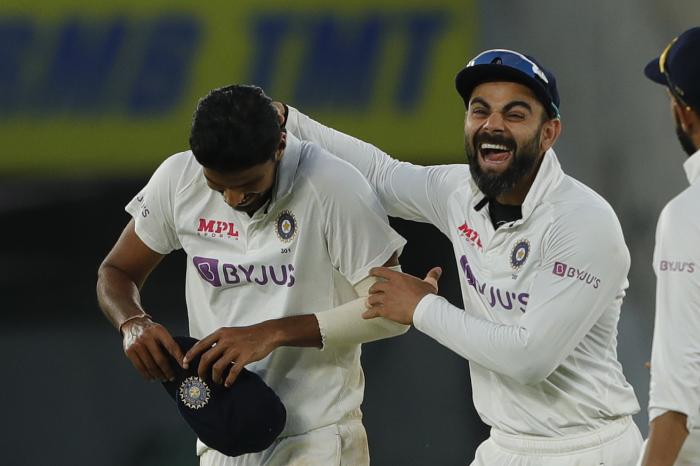 England, who had lost 3 wickets for 50 runs, lost the remaining 7 wickets before adding the next 31 runs. He took 3 wickets for 80 to 81 runs

Hazard is looking for a way to “escape” from Real Madrid

If you serve YS Jagan, does MP Tiketta and Gurumurthy deserve that .. BJP MP sensation

The car that hit the biker

Some stories in the game: The disciple walking in the path of the Guru