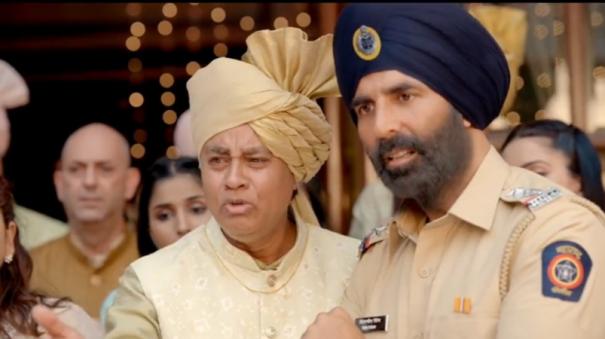 Union Minister Nitin Gadkari on Friday shared a road safety ad featuring Bollywood actor Akshay Kumar promoting the need for airbags in cars and six airbags. Now this ad is creating a lot of controversy on the internet.

In the video shared by the minister, the woman’s father is crying after seeing the bride driving to her husband’s house after the wedding. Then the police officer (Akshay Kumar) arrives and mocks the father for sending the bride in a car with only two airbags instead of sending her in a car with six airbags. Nitin Gadkari, who shared this ad, said that travel in a car with 6 airbags and make life safer.

The ad has drawn controversy for encouraging dowry culture, a punishable crime with government money.

Shiv Sena’s Rajya Sabha MP said the ad promotes dowry culture. Priyanka Sathuvedi has severely criticized. He tweeted, “This is a problematic ad. Who takes this kind of ad. Has the government spent its money on explaining the safety feature of the car or encouraging criminal dowry?” He has questioned that.

Trinamool Congress National Spokesperson Saket Gokhale has said that the official promotion of dowry by the Indian government is disgusting.

Another user said this ad contradicts what he was trying to say. Whether it is about a wedding or a car with 6 airbags as a dowry, what does the ad convey? This government advertisement is completely childish. He said that they cannot talk about road safety in another way.

Another user said, “It’s only in India that the government spends people’s tax money to promote criminal dowry.

Earlier, Union Minister Gadkari thanked Akshay Kumar for his support to the road safety campaign at the national level on Friday and said that Akshay Kumar’s efforts in creating awareness about road safety issues are commendable.

6 Make your life safer by traveling with airbags.#National_Security_2022#National_Road_Safety_2022 @akshaykumar pic.twitter.com/5DAuahVIxE